Of Mice and Muddy Kids 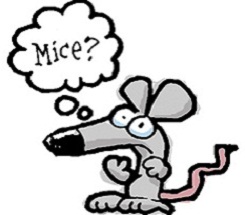 I had an epiphany last year. If you’re unfamiliar with the term, it is not the latest brand of SUV/Crossover from Hyundai–though it would be totally cool to tell everyone that you’re driving a 2011 Epiphany–but a sudden insight or perception. It’s also a Christian festival having something to do with the Magi, but that’s not where I’m going with this.

I was dragging yet another obscure piece of technology down to a shelf in the basement that holds several other obscure pieces of technology, that it may rest until it meets either a recycling center or a wild-eyed garage saler. I call this area “The Island of Misfit and Simply Obscure Pieces of Technology.” That area now contains a BetaMax player (yes, I was one of those), a cassette player, an X-Box, 5 computer mice (mouses?), a scanner with SCSI ports (ask your grandfather), a VHS player, and now, a DVD player (it began taking too long to load. Wife, take note).

Spotting the trend, I proceeded back to my office where I observed my once proud Mac G5 laptop, sitting quietly on a nearby desk where it does duty as a $1,200 (a one-time retail price) jukebox. Its role is to stream music wirelessly to the speakers in my office, providing me with an 8 to14-hour cacophony of Led Zeppelin, Robert Schumann, Spamalot, and Bird Sounds. My musical tastes are described as eclectic.

Knowing that my Mac too would someday be relegated to basement status, I picked up a Sharpie and began to doodle profusely on its cover. The artwork was flowing like water from something that water flows from, and I began to feel strangely free. I had suddenly realized that this aluminum and acrylic marvel of bits and bytes was not as precious as I once thought it to be. And doodling on it was actually bringing more value to it! (In my mind anyway. Hey, I’m an artist.) In short, the laptop was no longer perfect–but it was personal, and now memorable.

The entire process had me remembering the first time my two boys (now grown men with mortgages and penchants for borrowing my truck when–and only when–it’s full of gas) appeared at the back door, having recently discovered a pit of disgusting mud somewhere in the neighborhood. Both were nearly unrecognizable and had assumed the air of something several months deceased.

My first instinct was to chide them for their lack of cleanliness, then roll off a list of the productive things I could be doing besides giving them a bath, like watching baseball, sorting my screwdrivers, or mowing the dandelions. Consider, this was in the day before video games, tweets, and smartphones, but there were still things (okay, television) that could distract kids from going outside and simply having fun. Yet here were these two munchkins, dripping brown stuff all over the porch, with smiles being the only salient reminder of who they actually were. Enter the epiphany.

“I’ll bet you can’t get even more covered in mud.” This is something parents have been taught never to say, right up there with “Here’s the keys, have fun” and “Caffeine and sugar are good for you.” But I was saying it. Both kids looked at each other, and before you could say “Bacteria Soup” were off at a sprint to that place where dirt and water (and who knows what else) meet.

I realized that a total scrubbing of the pair was imminent, so why not let them have some fun. In short, I was not sweating the small stuff. Having charge of spotless, sanitary children was highly regarded by my neighbors and family, but as technology goes, my offspring were bound to eventually lose their luster. Seeing them happy and giggling on account of their “discovery” was worth more to me than a gym full of pristine urchins.

So, find some room to make peace with things that are not perfect. Whether it’s a long line at the grocery store, a laptop that has outlived its usefulness, or a pair of mud-covered ankle biters. And should you wonder if I ever picked up a Sharpie and doodled on my two sons, let’s just say that I have a lot to talk about in future blogs. 🙂