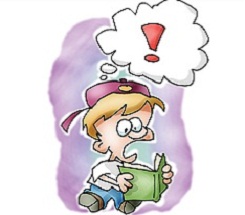 We all use words. Whether we think them, say them, see them or write them, words are a very important part of how we communicate. We sing them and shout them, and sometimes actions speak louder than they do. Sometimes we’re at a loss for them and they are beyond us. We have them with someone, and they stick in our mouths. Every now and then we’ll get them in edgewise, and sometimes we may even go back on them, but above everything else, we use them.

So, have you ever given any thought to just how powerful words can be? Think of the Bible, or the Constitution, or the disparate but highly romanticized (visually anyway) dialogue that used to accompany silent movies. Without those things we call words, none of these would make a lick of sense. By the way, you’re looking at them right now.

Where am I going with this? Being a very creative person (my doctor calls it something else…) I often find myself taking the long view of things. In essence, not accepting the first answer to anything.

A few years ago, I received a rather frantic phone call from my son’s sitter, letting me know that he had just run into a wall with his head, requiring a trip to the emergency center. (How he’d managed to avoid that same wall for years previous is fodder for another blog entry.) Within 15 minutes or so his mother and I were in attendance, discussing our options with the attending doctor. There was just one small problem.

This child, no more than 6 years old, had heard that stitches would likely be required, and suddenly assumed the strength (via adrenalin) of 20 grown, maniacal men. In short, there was no way that his mother, myself, and a S.W.A.T. team was going to hold this 45-pound child down during the procedure.

What was going on here? Where or when had he heard that getting stitches was a life-changing ordeal? Not wanting to turn him loose to bleed about the city streets, I suddenly hit on something: It was not the action that scared him so much as the word itself.

I took the attending physician by the arm, ushered him barely out of earshot of the “victim,” and proceeded to have a faux discussion. Upon return, I pointed out to my son that, given the overlying factors (that’s parent talk), we had decided that stitches were no longer necessary. Instead, the doctor would simply suture the wound.

At that, he went absolutely limp. He was engaging, even chatty. If there’s a better description for something turning 180 degrees, I’d like to know what it is. Those in the room (mouths agape) simply could not believe it, and glances were being traded like X-Men comics at a flea market. The doctor gave my son a shot to deaden the area (telling him that it might sting a little), and went to work. In 20 minutes we were finished and back on the road again, with a child embracing the wonders of this new approach to medicine.

I took a lot from the emergency room that day, and began to use that new-found knowledge for my own evil purposes. To wit, we no longer served broccoli at dinner, but mini-hedges. The once nefarious bath time became water party, and homework became brain-banking.

So, what is it that plagues you over the course of a day with the kids? And is it time for some activity or otherwise stressful event to undergo a name change? Hmmm, come to think of it, it’s almost time for me to complete my annual IRS Creative Math Opus.