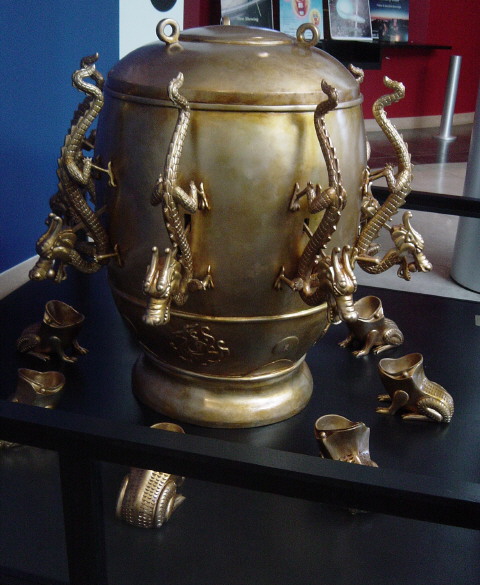 In 132 AD, Chinese astronomer Zhang Heng created a seismometer, a device that detects the ground’s movement during an earthquake. It couldn’t predict quakes but it did show what direction they were coming from — even when they were hundreds of miles away!

Zhang was also a mathematician and mechanical engineer who constructed many practical devices, including a cart for measuring the Chinese mile, and an early armillary sphere, or globe-shaped model of the heavens. His seismometer, the first known instrument built to detect earthquakes, was important, because devastating quakes happened in many remote regions of China. So a detection device helped the emperor know when and where to send timely aid from the capital.

The bronze device featured eight metal dragons attached to what looked like a big coffee urn. Each dragon’s head pointed in a different direction (north, south, east, west, northeast, southeast, southwest, and northwest), and each had a copper ball in its mouth. Below the dragons’ mouths were eight copper toads with their mouths upraised.

Scientists think the mechanism inside the device was a type of pendulum system that was very sensitive to vibrations. When an earthquake happened, an observer could tell which direction it came from because the mouth of the dragon facing that way would open and drop the ball into the mouth of the toad below.

For example, one day the dragon facing west dropped its ball. Soon a messenger arrived from a village 400 miles to the west with news of a bad quake in his hometown. In 2006, Chinese scientists studying historical records of earthquakes figured out that this quake was magnitude 7 on the Richter scale, a pretty big shaker!

Zhang’s seismometer was lost to history, but replicas exist, including one in the Museum of Chinese History in Beijing and another in an exhibit at the Chabot Space and Science Center in Oakland, California. 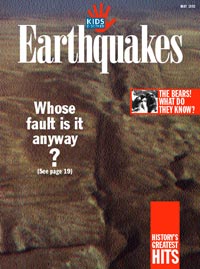 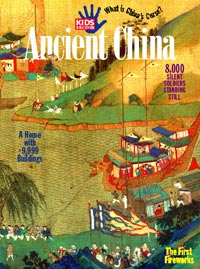 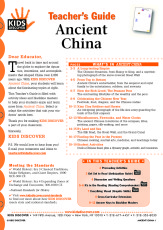