History of Crater Lake: How a Volcano Became Our Deepest Lake 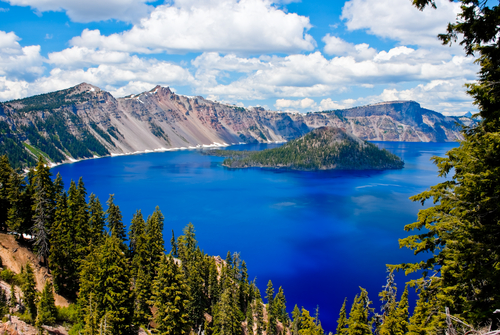 If you dove into Oregon’s bright blue Crater Lake, you’d have to swim 1,943 feet to reach the bottom. It’s the deepest lake in the United States, and the ninth deepest in the world. But it wasn’t always a lake — quite the opposite. It sits on the site of a once-massive volcano known as Mt. Mazama.

Mt. Mazama was part of the Cascade Range that stretches from California up to British Columbia and also includes Mt. Rainier. Scientists say Mt. Mazama started forming half a million years ago, as lava pushed upward and flowed out of many vents, adding to its bulk. Around 8,000 years ago, it might have stood as tall as 12,000 feet. (By comparison, Mt. Rainer, itself a dormant volcano, is the country’s 17th-tallest peak, at 14,411 feet.)

But around 7,700 years ago, Mt. Mazama blew. And it blew big. Hot gas and volcanic material spewed high in the air and dropped to earth as ash and white pumice. You can still find layers of that ash 1,000 miles north, way up in Alberta, Canada. Mazama ultimately ejected 12 cubic miles of magma, and when it was done, there wasn’t much left inside the mountain to hold it up anymore. So the volcano collapsed and formed a caldera, a Spanish word (meaning “kettle”) that scientists use to describe this kind of volcanic depression.

The volcano was gone, but the volcanic activity wasn’t. Later, smaller eruptions formed Wizard Island, which now stands 764 feet above the lake’s surface. The crater is 4,000 feet deep, so the lake now fills about half of its depth.

Its water is among the clearest anywhere in the world, because no streams or rivers bring in pollutants; only rain and melted snow replenish it.

Will Mazama ever blow again? Not likely. Even though it’s still considered a “young” caldera, studies of lake sediment show that it’s been 5,000 years since any volcanic activity disturbed this peaceful place. There’s no evidence that seismic activity might stir things up again, so if you visit Crater Lake, enjoy the view, and don’t worry about volcanic activity. 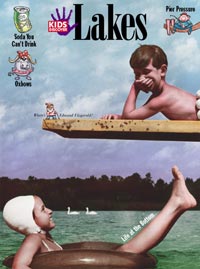 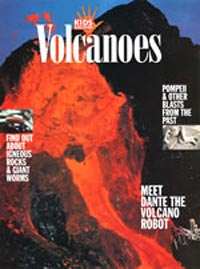