Lampreys Are Ancient– but Threatened 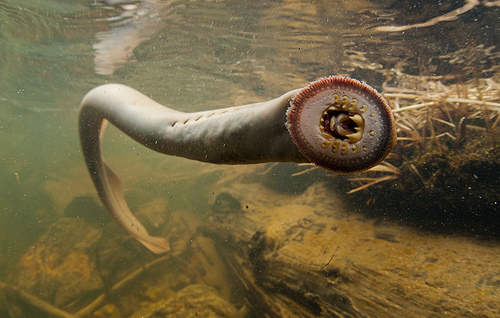 Lampreys are special to Native American tribes in the Pacific Northwest, who serve the sucker-mouthed fish roasted or dried at ceremonial events. Historically, they have also used oil from the eel-like creatures for medicinal and other purposes. Scientists say these ancient swimmers date back to about 450 million years ago — well before the dinosaurs.

Some lampreys are parasitic, sucking blood and other fluids out of other fish, but they usually don’t kill their hosts. Certain species spend their lives in freshwater, while others are anadromous, meaning they’re born in freshwater but grow up in the ocean and then swim upstream to spawn where they were born, as salmon do. They can’t jump, however, but they can use their suction mouths to climb steep rocks!

According to the Northwest Power and Conservation Council, native tribes once operated large lamprey fisheries at the meeting point of the Snake and Columbia rivers, as well as at the mouth of the Walla Walla River. But nowadays, many streams see far fewer lampreys than they used to, according to a 2013 Seattle Times article. One problem is that dams in the Snake and Columbia rivers make it hard for the creatures to return to their spawning grounds.

To help keep the population alive, the Times reports, tribal members truck the fish hundreds of miles, from areas where they’re still common to places where they’re in decline. Tribes are also working with the U.S. Army Corps of Engineers to help find ways to let lampreys pass more easily over the dams, while another project seeks to launch a lamprey hatchery.

Human interference with its habitat may threaten this creature’s existence, but the lamprey has survived many millions of years, and it may yet survive us. So don’t count out the lamprey. 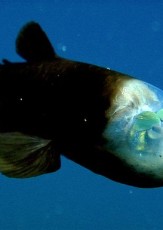