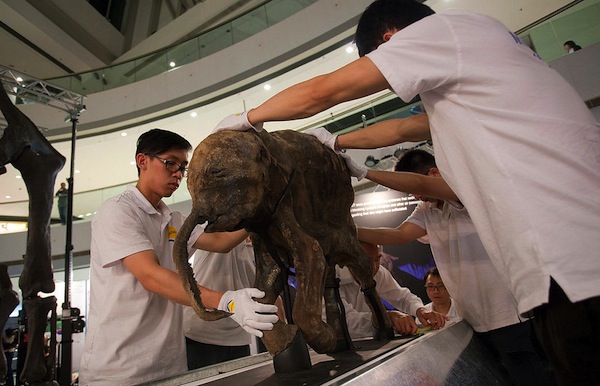 In 2007, a reindeer herder in Siberia found the body of a baby woolly mammoth that had been washed out from the permafrost along the Yuribei River. Frozen for more than 40,000 years, she was in nearly perfect shape — skin and internal organs intact, taste buds on her tongue, last meal in her stomach. Almost four feet long and weighing about 110 pounds, she even still had some hair and toenails!

Nicknamed “Lyuba,” this baby prehistoric cousin of the modern elephant was just over a month old when she drowned in icy river mud, which quickly covered her body and sealed out air. That helped preserve the carcass, as did the cold and a type of bacteria that grew in her body after death and gave it a slight acidity.

The bacteria may also have helped keep Lyuba from being gnawed on by animals after she began to thaw out, lying exposed for almost a year before being found. According to mastodon and mammoth expert Daniel Fisher of the University of Michigan, the bacteria may have given her flesh a bad smell and taste that kept scavengers away.

A specimen like Lyuba, with so much soft tissue intact, is extremely rare. Scientists have learned more about mammoths’ diet from the contents of her stomach. Along with mother’s milk, she had ingested some of her mother’s excrement as a way of getting the bacteria needed to digest plants — just like present-day elephant babies do. By examining her teeth, they determined she was born in the spring, after spending about 22 months growing in her mother’s womb (also like modern elephants).

Lyuba no longer needs to be frozen to stay preserved. Instead, Russian scientists put her carcass through a process known as desiccation, which removes all moisture from body tissue. Now she’s kept in a clear case where the humidity is controlled and the temperature is a constant 70 degrees Fahrenheit. 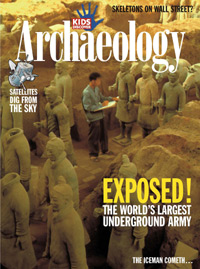 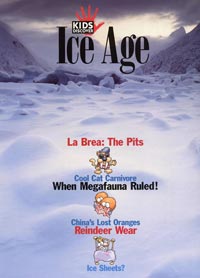