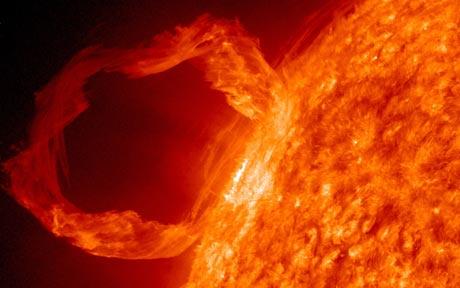 What’s a solar flare? Glad you asked! Here’s what you need to know:

• Solar flares happen when magnetic energy builds up in the sun’s atmosphere and has to be released. The release is sudden and explosive, and the radiation reaches Earth in about eight minutes.

• A solar flare includes radiation across the entire spectrum as well as fast-moving electrons, protons, and heavy atomic nuclei.

• In really strong flares, these particles can disrupt and damage orbiting satellites, interfere with communications — including with airplanes — and damage some electronics. In January 2012, with major solar flares expected, flights over Earth’s poles were rerouted to avoid possible problems.

• A solar flare’s energy is comparable to millions of 100-megaton hydrogen bombs exploding all at once. It’s 10 million times more energy than an exploding volcano puts out. Even so, it’s just 10 percent of the energy the sun emits — in a single second.

• Speaking of time, solar flares happen in three stages, and each can last from one second up to an hour. In the Precursor stage, the energy’s release is triggered, and the sun emits soft X-rays. In the Impulsive stage, the sun emits radio waves, hard X-rays, and gamma rays.  In the final stage, called the Decay stage, soft X-rays build up and decay.

• Note: Solar flares are not the same as coronal mass ejections (aka solar storms), a related type of event in which the sun ejects a huge cloud of gas.

• We can’t see solar flares by staring at the sun. In fact, if you stare at the sun, you may never see anything at all again — its intense light can cause permanent eye damage. 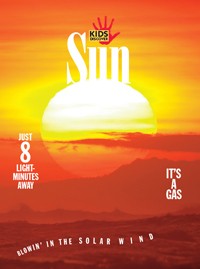 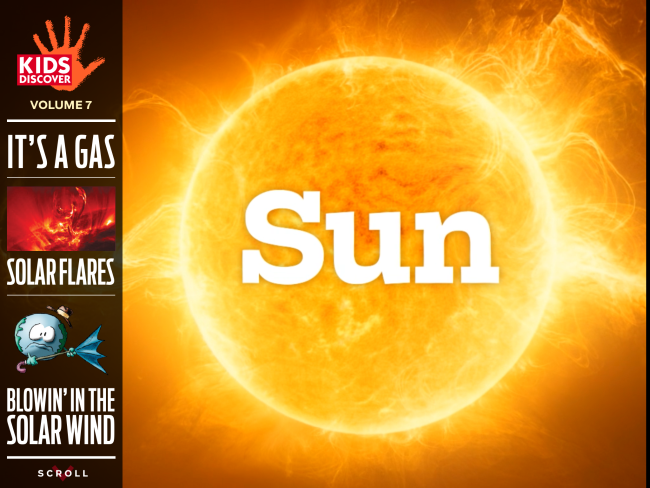 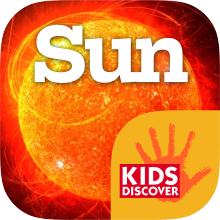