Interested in seeing animals not found anywhere else in the world? In encountering wildlife unafraid of people? In observing plants endemic to islands in the middle of the Pacific Ocean? If so, you can tour the Galápagos Islands… or you can take a virtual tour right here.

First, a Bit of History

The Galápagos form an archipelago of 14 major islands and many smaller islands. Created by volcanic activity on the ocean floor, the islands emerged from the depths about four million years ago as barren mounds of cooled lava. Over time—and continued volcanic activity—the mounds grew to the size and shape they are today. Some are still growing! 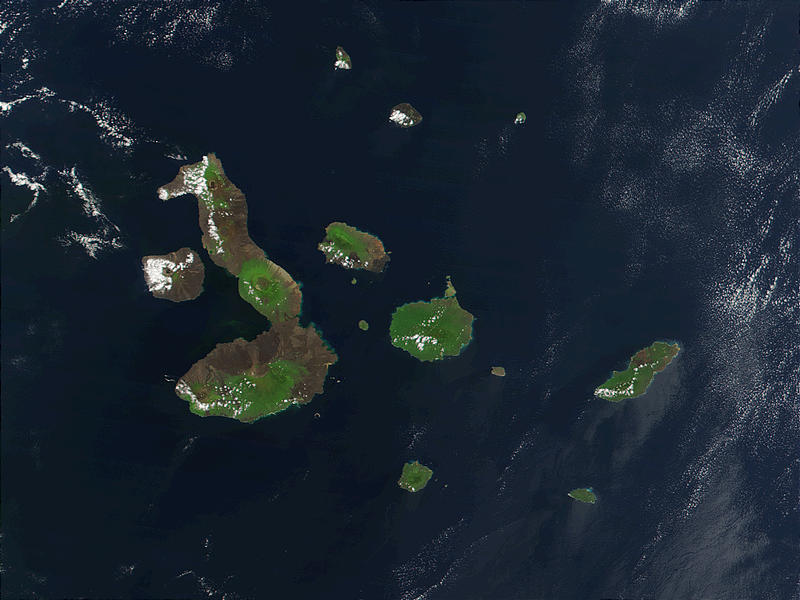 The islands were discovered in 1535 by Panamanian bishop Fray Tomás de Berlanga while sailing to Lima, Peru. Decades later, Abraham Ortelius named them Galápagos in reference to the saddle-shaped shell of the giant tortoises that live there. (In Spanish, galápagos means “saddle.”) After that—nothing. For hundreds of years the islands remained uninhabited—except for pirates, whalers, and buccaneers who used them as hideouts. In 1832, Ecuador claimed the islands and in 1959 declared them a national park.

How Did It All Get Started?

Given that the archipelago is about 600 miles from the mainland, it’s amazing that any plants or animals live there at all. How could they have reached these barren islands? The answer starts small.

Bacteria and the spores of ferns, mosses, algae, and fungi plants arrived first. Blown in with the wind, these tiny organisms could thrive in places without much soil. Once established, however, they provided the nutrients for larger plants, which probably arrived in the wings and stomachs of seabirds. 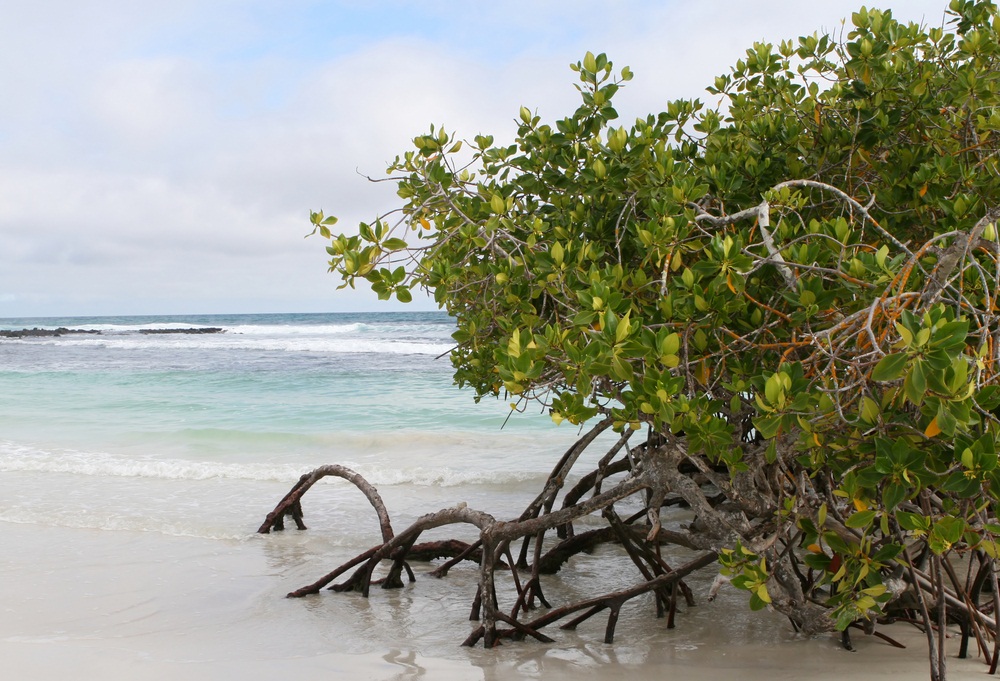 Coastal plants like this mangrove grew from seeds that originally floated to the island. (Michael Zysman/ Shutterstock)

As diverse as the flora of the Galápagos is, you won’t find many large flowering plants there. This type of vegetation needs complicated mechanisms for reproduction, which are not present on the islands.

Let’s have a look at what was present long before people arrived on the Galapagos. 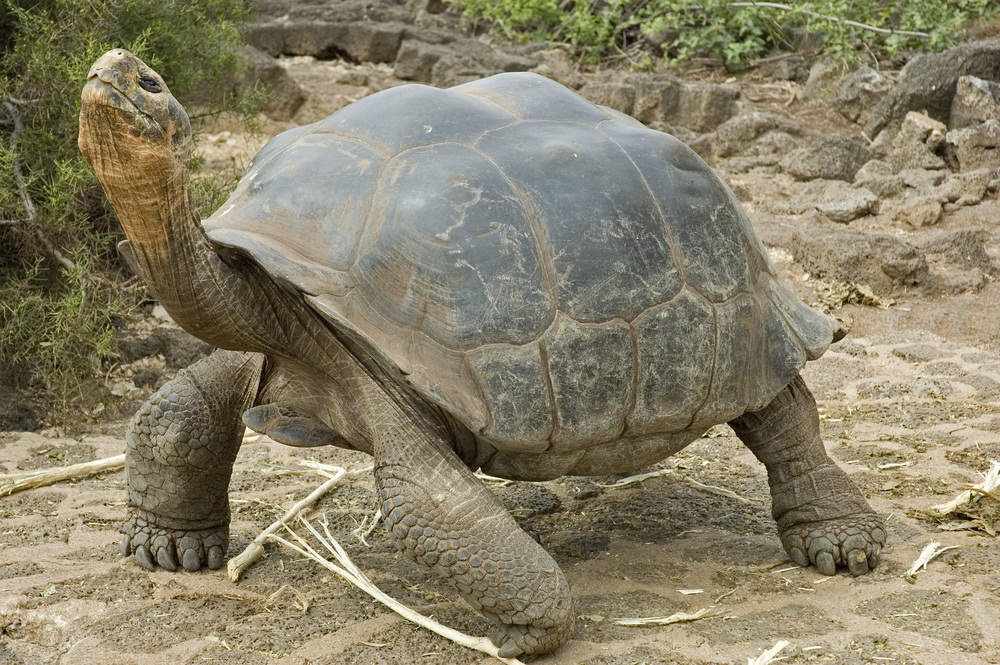 Giant tortoises probably arrived at the Galápagos after a long journey that included floating on the ocean currents. Many of these tortoises weigh over 600 pounds and live over 100 years. (Caroline Tolsma/ Shutterstock) 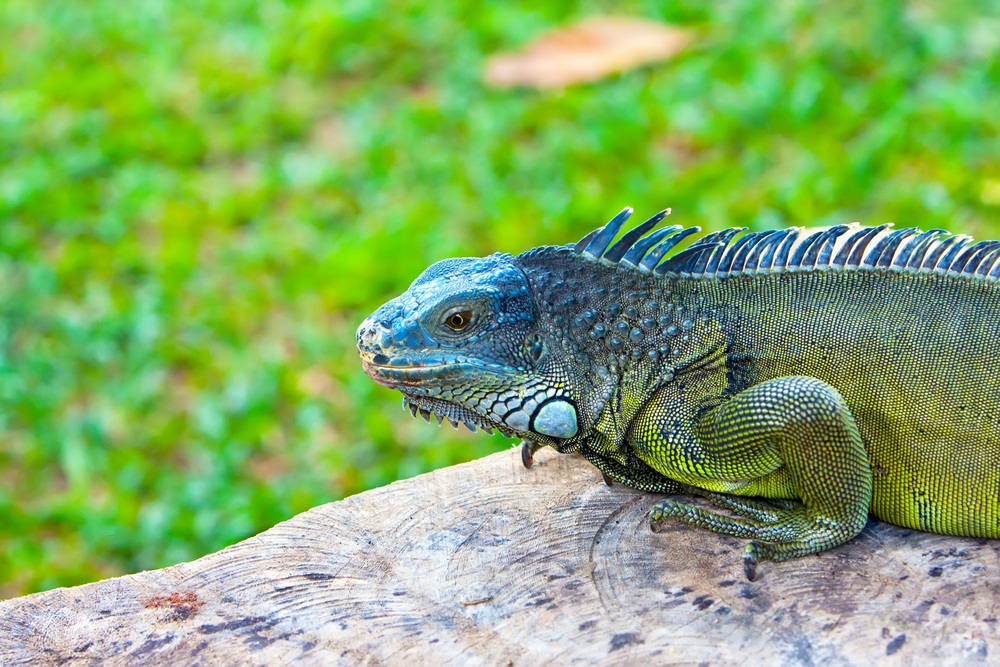 Iguanas and other small animals may have latched onto tree trunks or other natural rafts and followed the currents. These iguanas may grow to be three feet long and weigh upwards of 160 pounds. (Daniel Alvarez/ Shutterstock) 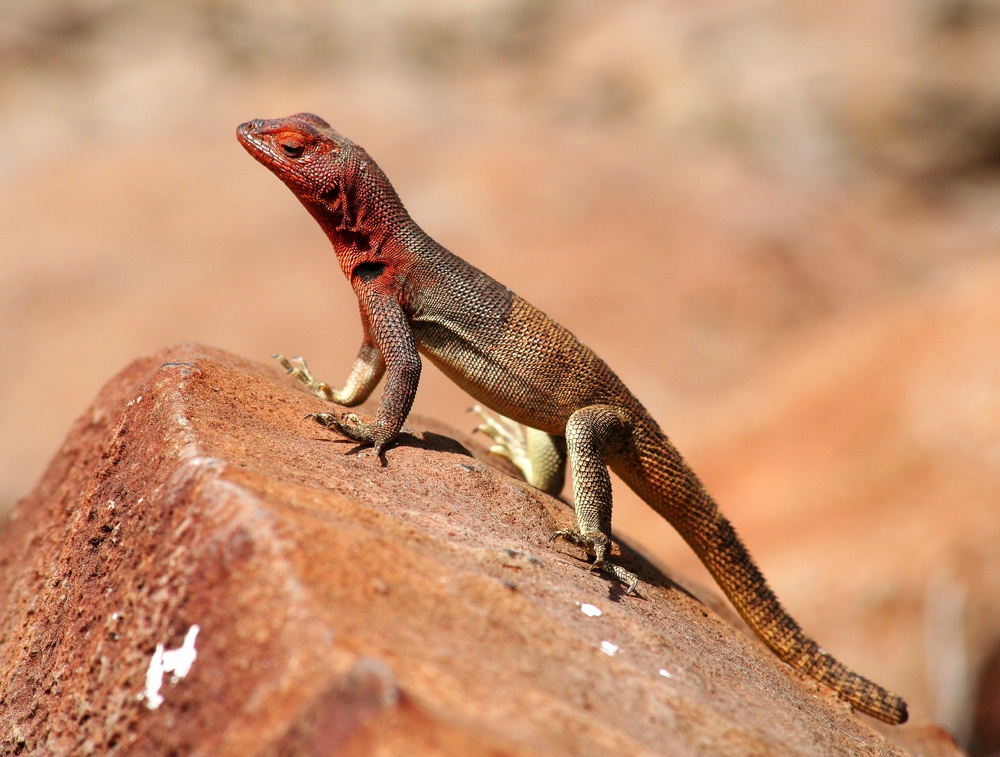 Seven species of foot-long lava lizards inhabit the Galápagos, but you won’t find a  frog or other amphibian. You won’t find many  mammals either. Amphibians and most mammals couldn’t survive the scorching heat of the journey nor the long periods without food. Reptiles can. (Stacy Funderburke/ Shutterstock) 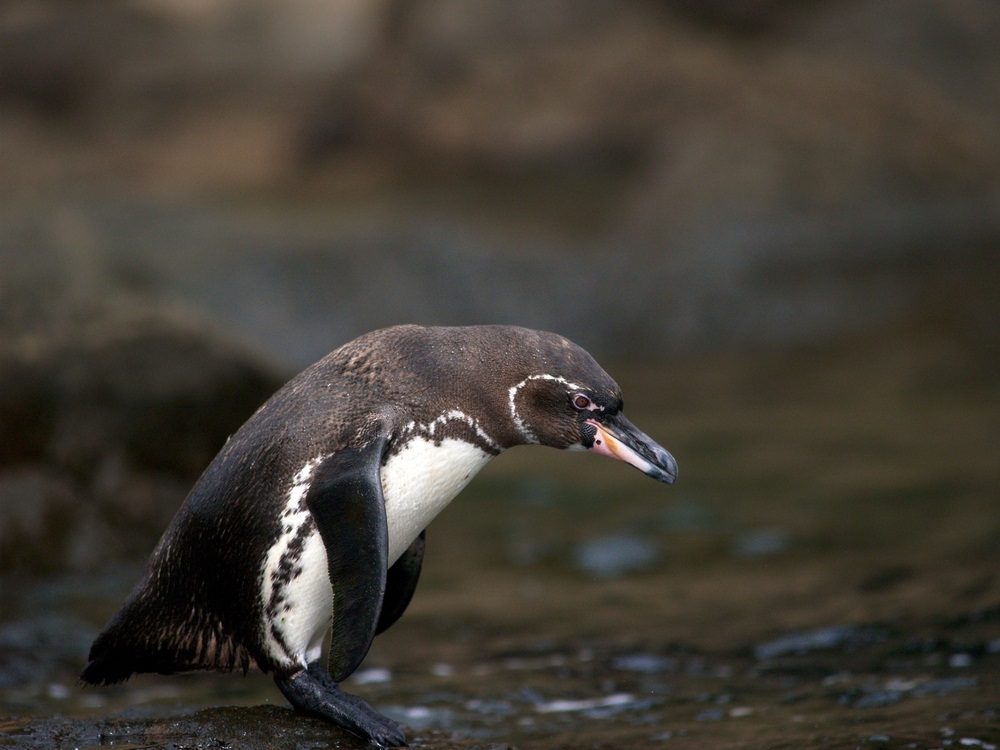 The Galápagos penguin is one of the  smallest penguins in the world and  the only species to cross the equator into the Northern Hemisphere. (Javarman/ Shutterstock) 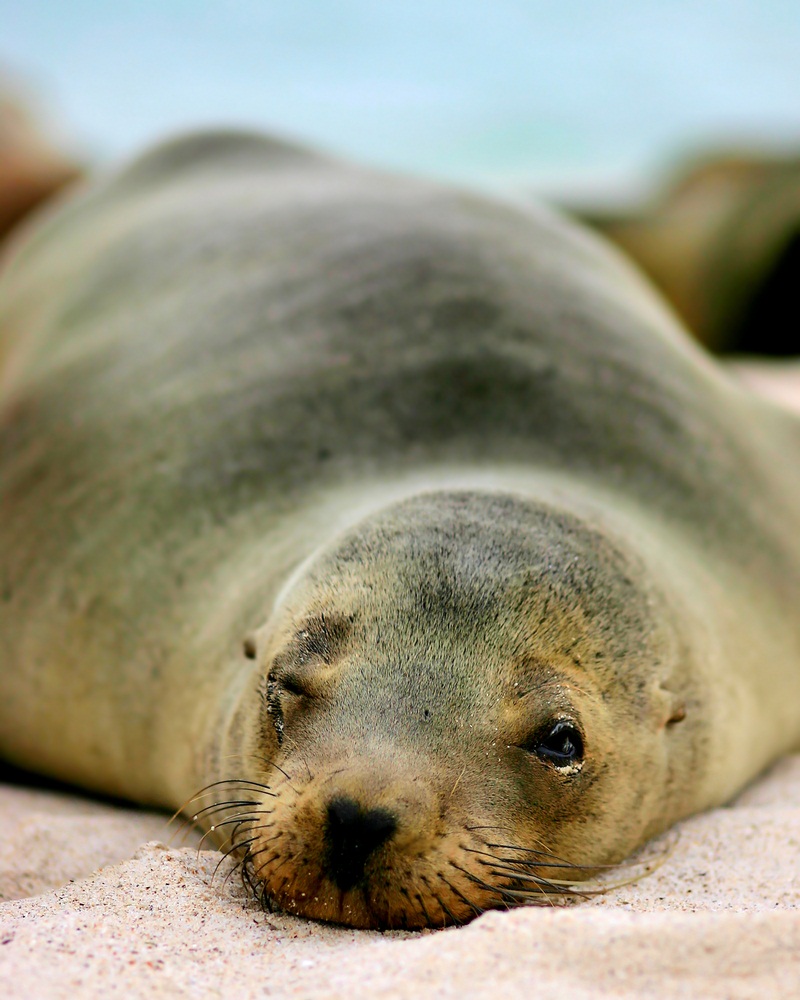 Galápagos sea lions  live on these islands and off the coast of Ecuador. Other sea mammals include species of whales and dolphins. (Justin Black/ Shutterstock) 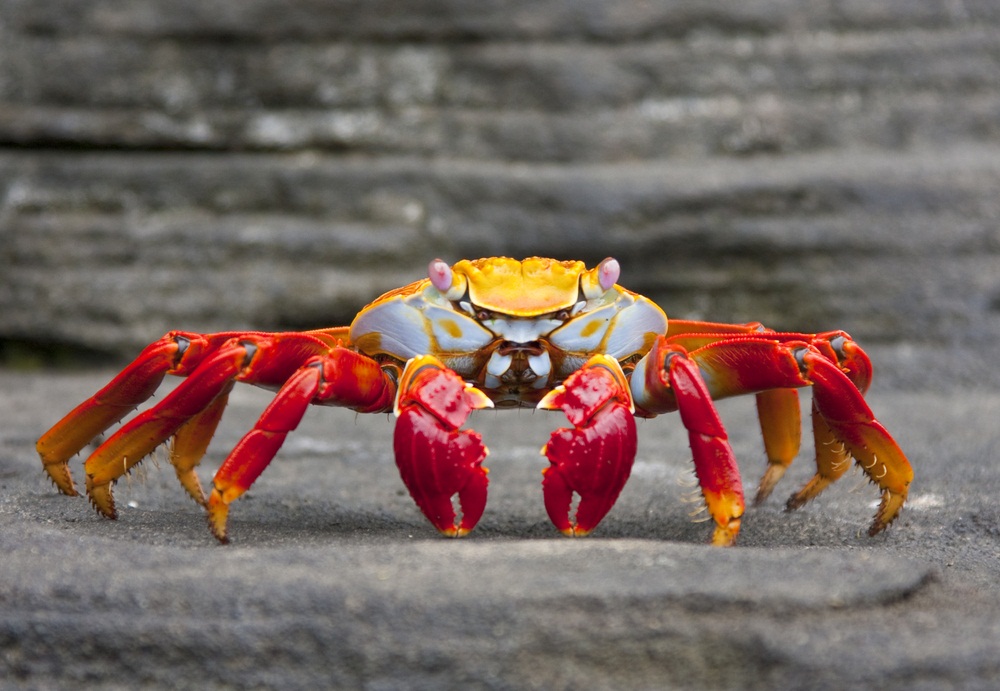 These brilliantly colored Sally Lightfoot crabs are everywhere, scuttling about on the rocky shore. (Shutterstock) 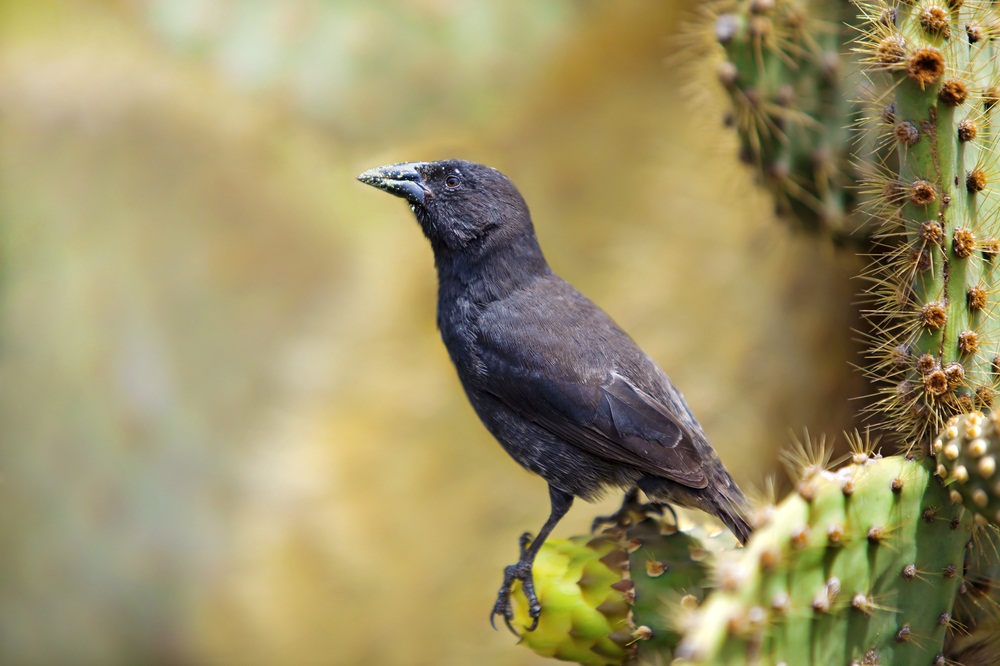 The Galápagos Islands are home to 13 species of endemic finches, like this one.  Called Darwin’s finches, these birds played a key role in the development of Charles Darwin’s theory of evolution. (Kjersti Joergensen/ Shutterstock)

In 1835, Charles Darwin, a 22-year-old British naturalist, spent five weeks on the Galápagos Islands. He didn’t realize it at the time, but the observations he made and the specimens he collected during those weeks would change science forever.

Darwin brought back samples of finches from the islands. Initially, he thought the birds represented different species, such as wrens and blackbirds. Two years after Darwin’s return, famed ornithologist John Gould examined the specimens. Gould announced that they were not different species but actually formed “an entirely new group” with 12 subspecies.

The original birds probably arrived on the islands after being blown off course by strong winds, like so many other species. Once there, the birds on different islands were isolated from one another. Over time each adapted, or changed, in order to survive in its specific environment.

The main adaption was in the shape of the birds’ beaks. On an island where nuts were plentiful, the birds’ beaks became shorter and stronger—the better to crack the shells. Birds on other islands developed thinner, finer beaks to pick insects out of trees. In general, the finches’ beaks became adapted to the food available in their neighborhood.

Darwin continued to study the finches as well as other animal specimens from the Galápagos. After many years, he developed the theory of evolution by natural selection. In 1859, Darwin explained the idea in his now-famous book, The Origin of Species.

From Obscurity to Fame

Since Darwin’s visit, the Galápagos Islands have become world famous. Today, more than 25,000 people live there. More than 150,000 visit each year. And it’s no wonder.

Do you like the idea of snorkeling with sea lions? Kayaking with dolphins? Having a stare-down with an iguana? If the answer is yes, this may be the place for you. 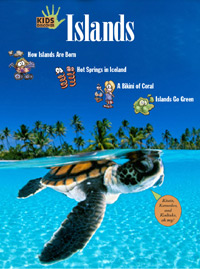 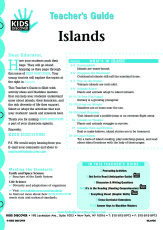 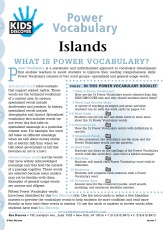 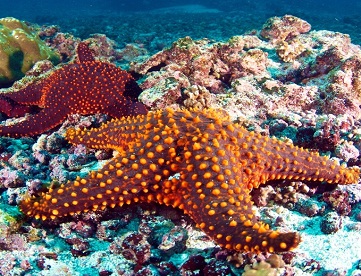