Amazingly, trees cover over 30 percent of the world’s land area. In forests, they’re kings and queens, reigning supreme over all the other plants and animals below. In parks and gardens, and along city streets, trees bring beauty and a little bit of wild into our lives. But they’re not just standing there looking pretty. Trees are alive and working hard. So get to know them! Here are some cool facts to deepen your relationship with these super-sized, super-powered green giants.

Tough Inside and Out

Trees have evolved to tower over other plants. To get so big, they need some special features. Unlike small plants with flexible stems, trees are “woody.” As a tree grows from a seedling into a sapling, it develops a trunk and branches with stiff, woody cells at the center. The wood in the trunk and branches holds up the tree and provides structure, like the steel frame of a building. A young tree also soon grows an outer coat of hard, waterproof bark. The bark is its armor, protecting the tree from all kinds of weather and from being eaten by animals. Together, the wood and bark make trees so tough that some species can live for hundreds, even thousands, of years. 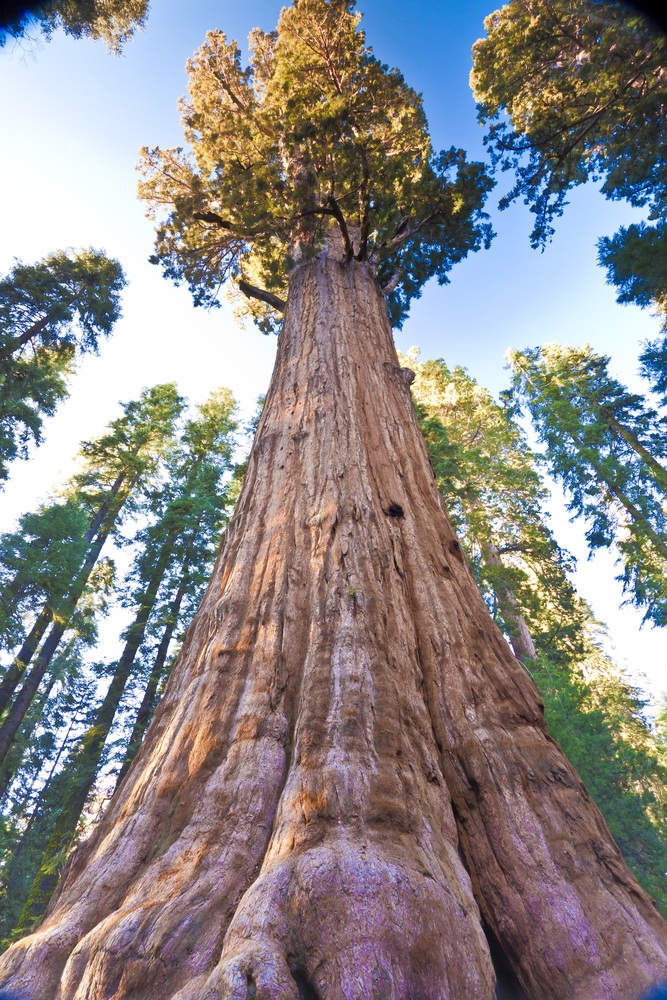 Of about 25,000 different species of trees worldwide, giant sequoias grow the biggest. This particular tree, named General Sherman, is the biggest of them all. Living in the “Giant Forest” in California’s Sequoia National Park, it is 275 feet tall, about 2,500 years old, and estimated to weigh over 4 million pounds. (MountainHardcore/ Shutterstock) 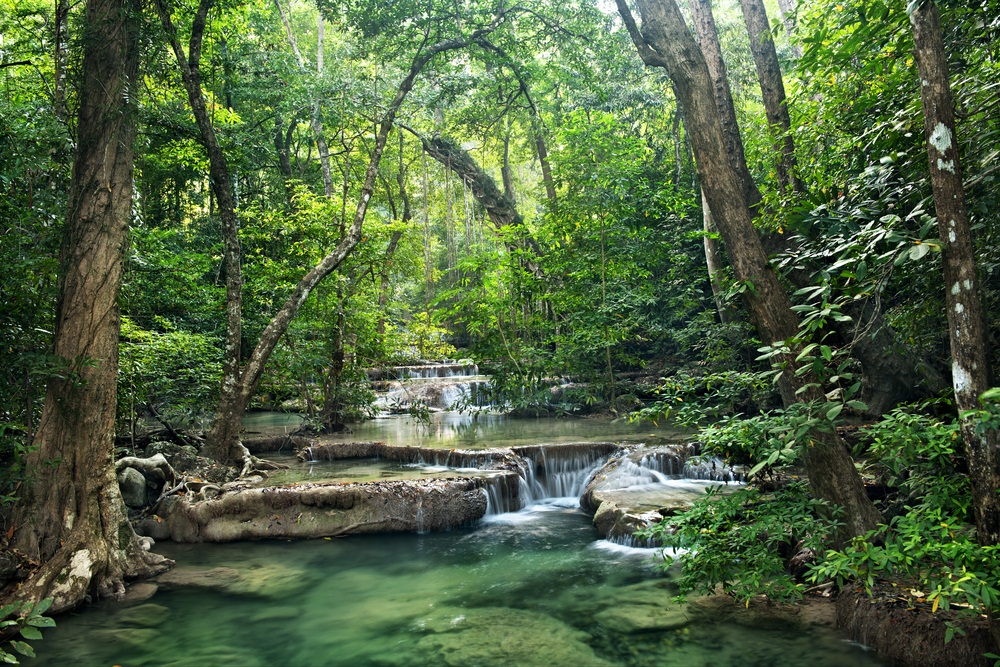 Trees are the keystone species of forest ecosystems, such as this one in Erawan National Park in Thailand. Each tree provides food and habitat for countless beetles and butterflies, as well as bats, birds, monkeys, and flying squirrels. Old trees in this forest are called Spirit Trees and sometimes the trunks are wrapped with colorful fabric and even clothes. (Worradirek/ Shutterstock) 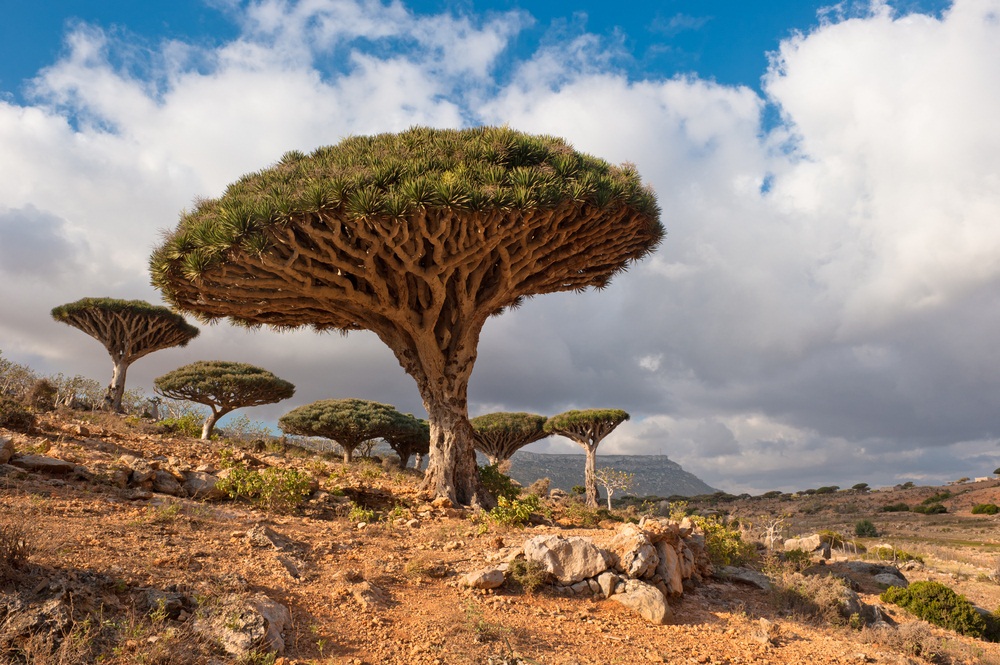 Are these trees masquerading as mushrooms? Living only on Socotra Island in the Indian Ocean, the “dragon’s blood tree” gets its name from its red sap. Slow-growing and able to survive in the island’s rocky soil, these trees are believed to be hundreds of years old. (Javarman/ Shutterstock) 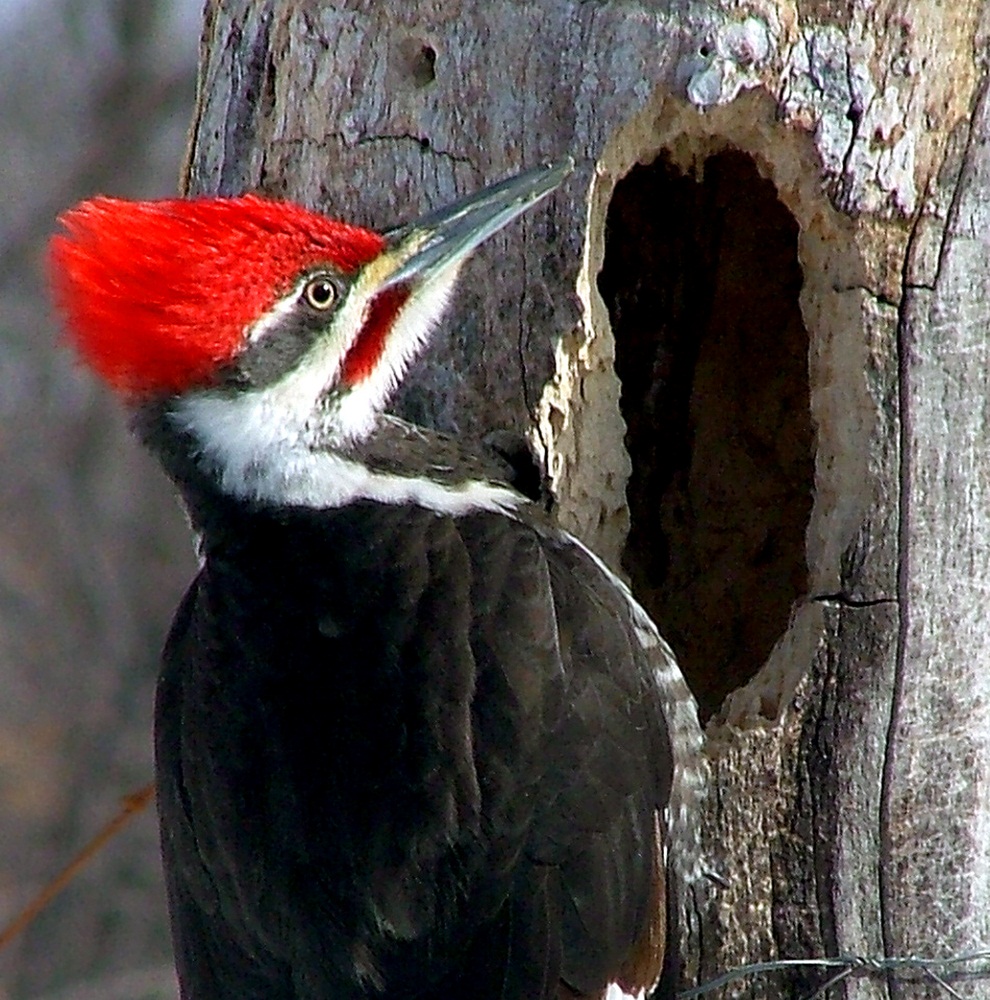 Tree bark is tough, but some animals have a way around that. Woodpeckers hammer on tree bark with their chisel-like beaks and use long, sticky tongues to snag bugs living underneath and make hollows for nests. (Gregory Synstelien/ Shutterstock)

Like all living things, trees need energy to grow. But trees don’t have mouths to eat with. So how do they get food? Like most plants, trees get their energy through their green leaves. Leaves are little energy factories, and they do their work with chlorophyll, the same chemical that makes them green. The chlorophyll in leaves captures three ingredients from the tree’s environment (sunlight, carbon dioxide, and water). In a process called photosynthesis, those ingredients are turned into sugars to help the tree grow. In addition, oxygen is produced as a “waste product” of photosynthesis. Since the tree doesn’t use this oxygen, it releases it back into the air. That’s lucky for us humans, since we do use oxygen.In fact, one really big, leafy tree can put enough oxygen into the atmosphere to meet the breathing needs of two to four people. 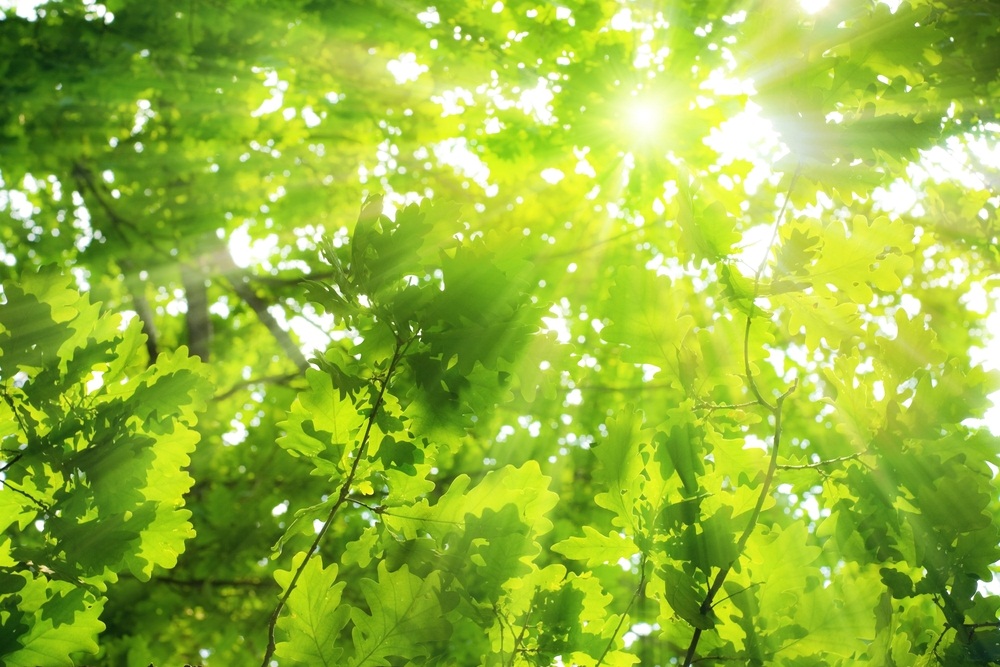 Oak trees produce a huge number of leaves. Leaf shape and size are adjusted to capture the most sunlight without letting the leaves get too dried out. The leaves at the top of the tree—the ones catching the most rays—are often small to prevent water loss. Leaves in cooler, shadier spots lower down are bigger to snag as much light as possible. (Igor Zh/ Shutterstock) 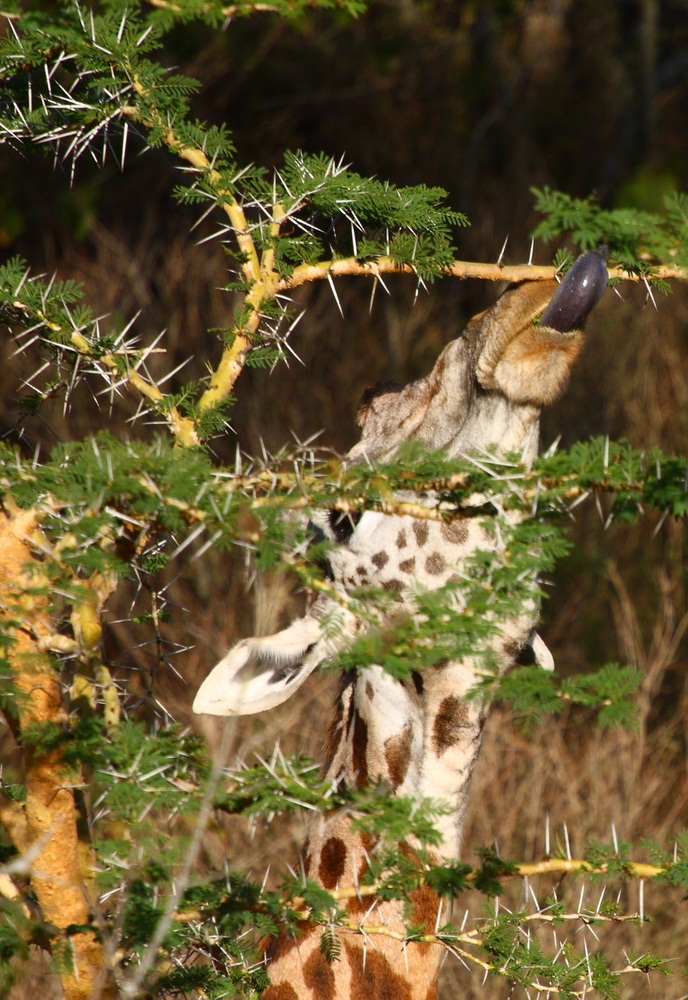 Because leaves are so important for producing food for a tree, many species have strategies to stop plant-eaters from grabbing a bite. But animals have counter-strategies. The acacia tree grows needle-like thorns to protect its tiny leaves. Does this giraffe care? Not really. Its 18-inch-long tongue and tough, extra-mobile lips help it maneuver around the sharp spikes. (Mohamed Zain/ Shutterstock) 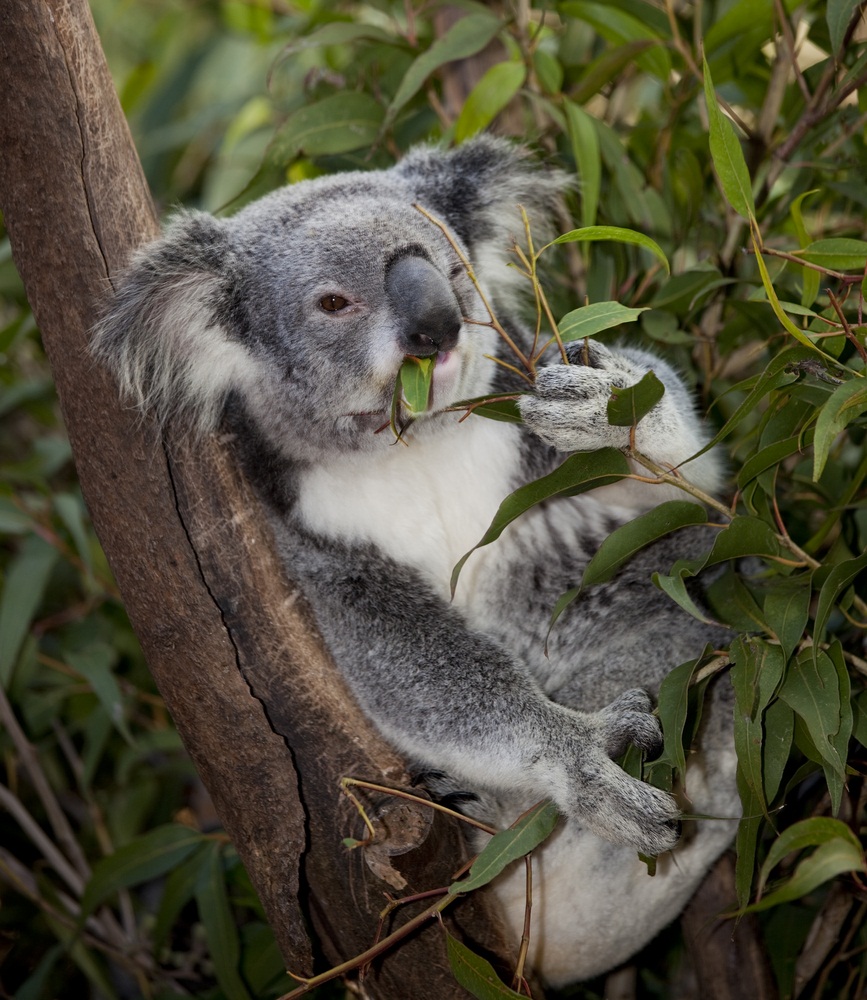 Koalas spend their entire lives in eucalyptus trees, snoozing in their branches and eating their leaves. One koala can eat 1,000 eucalyptus leaves per day! So how do koalas do this when the leaves are poisonous to most mammals and almost impossible to digest? Special bacteria in the koalas’ intestines and their tough livers make the leaves tasty, not toxic. (Mark Higgins/ Shutterstock)

At the Root of the Matter

Besides sugars from photosynthesis, trees also need water and other nutrients to survive. The roots of the tree are very important in this process, drawing water and minerals like nitrogen and potassium from the soil, while also anchoring the tree to the ground. A tree’s web of roots can extend horizontally as far as the tree is tall—and most of the roots are only a few inches below the surface of the soil. The roots are covered with tiny root hairs that absorb water. A big tree may collect 50 to 100 gallons of water each day.

A tree has a “plumbing system” to circulate fluid and nutrients. A column of living wood inside the trunk and branches, called the xylem, brings water and nutrients from the roots upwards to the tips of the leaves. The inner bark, also called the phloem, takes sugars produced in the leaves by photosynthesis down to other parts of the tree. 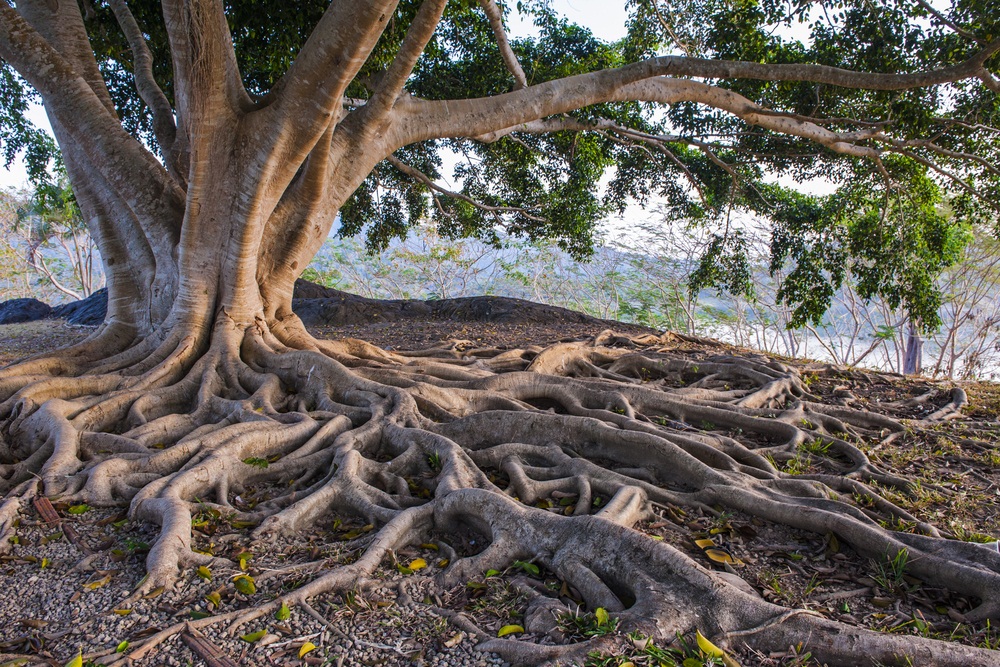 A tree’s roots need help collecting nutrients from the soil. In a special relationship with underground fungi, the roots pass on sugar in exchange for minerals that the fungi produce, such as nitrogen. This tree’s roots have been exposed by soil erosion. (Siambizkit/ Shutterstock)

Ringing in the Season

Most of a tree’s growth happens on top, as it grows taller and reaches higher. But there is also growth in the width of the trunk. Rings in the trunk mark annual growing seasons.  Typically trees grow faster when there’s a lot of rain, and slower when it’s drier. Rings are wider or narrower, depending on how good a growing season they had. 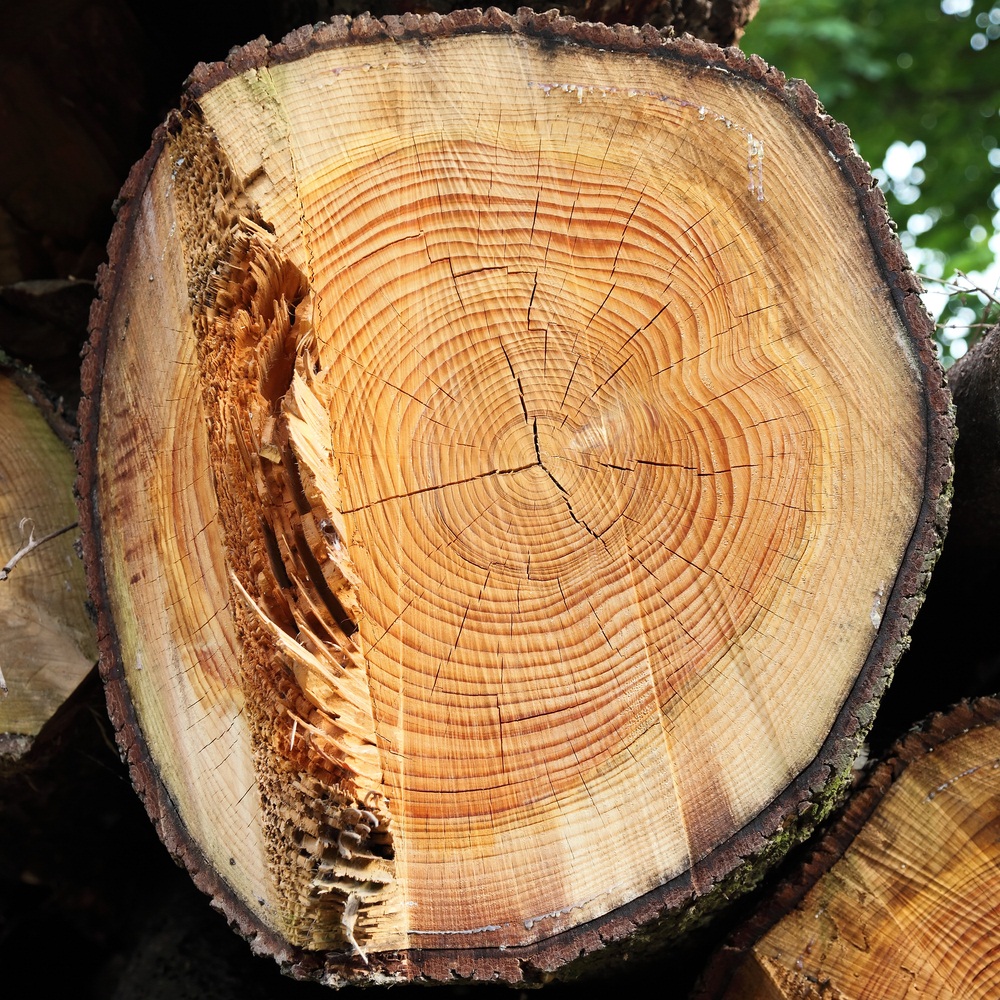 If you look at a freshly cut tree stump, you can count the tree rings to find out how old the tree was. Do you notice that there are alternating light and dark rings? The light rings represent fast growth in spring, and the dark rings represent slower growth during summer and fall. (Federico Rostagno/ Shutterstock)

For new trees to be born, trees need to make seeds. The first step in that process is to produce a flower or cone and get it pollinated. Pollination is the transferring of pollen from the male part of a flower (or cone) to the female part of one. For many tree species, the tiny grains of pollen are transported by the wind. But in many flowering species, pollen is spread by pollinators—bees, butterflies birds, bats, and other creatures.

The flowers of wind-pollinated trees are usually green and barely visible. However, trees that need to attract pollinators produce fragrant, bright-colored flowers with sweet nectar to drink. As the pollinators travel from flower to flower, they pick up pollen grains and end up transferring them among the flowers. That sets the stage for seed growth. 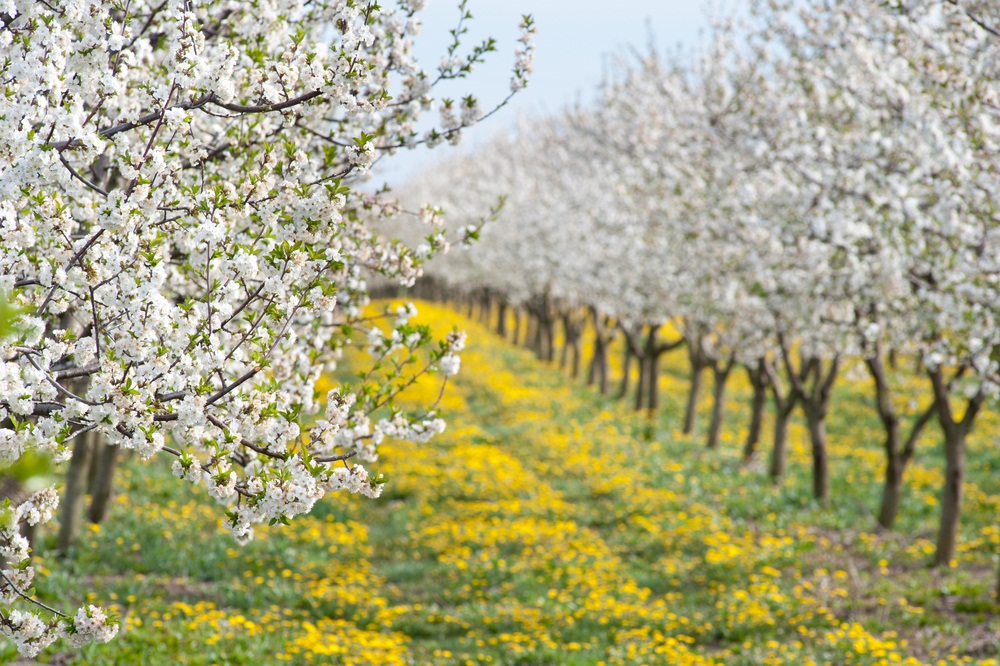 The apple blossoms in this orchard are pollinated by bees. Although wild bees do some of the work, beekeepers are hired to bring hives full of honeybees to sip nectar and transfer pollen from flower to flower. The more flowers that are pollinated, the more apples will grow. (Fotokostic/ Shutterstock) 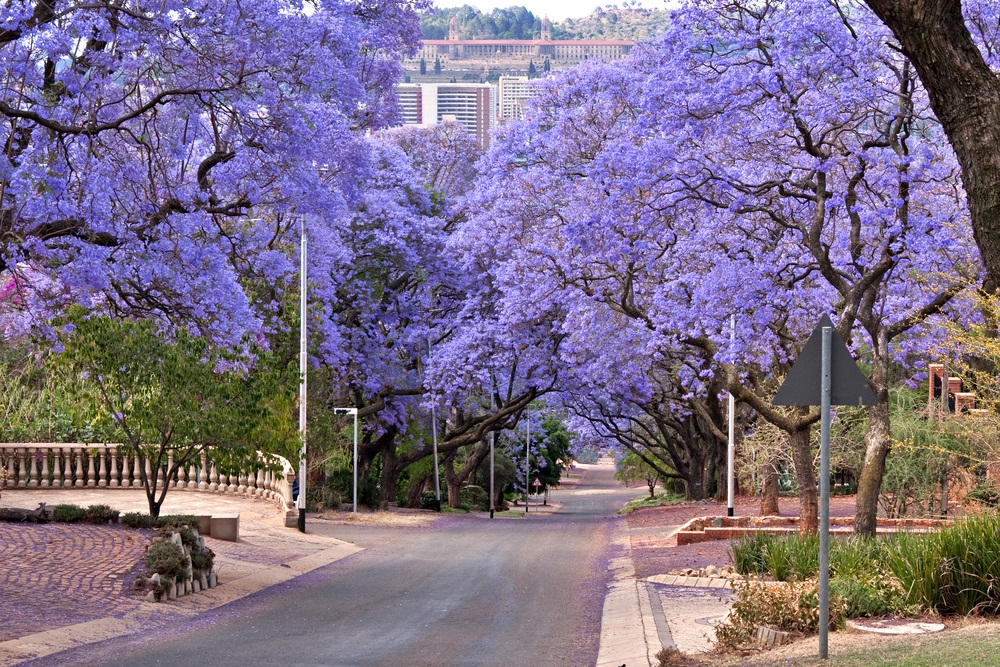 The blue jacaranda tree is also pollinated by bees. In general, bees are most attracted to white, yellow, and blue flowers. Native to South America, the blue jacaranda is a popular street tree in mild-weather cities like Pretoria, South Africa. (Daleen Loest/ Shutterstock) 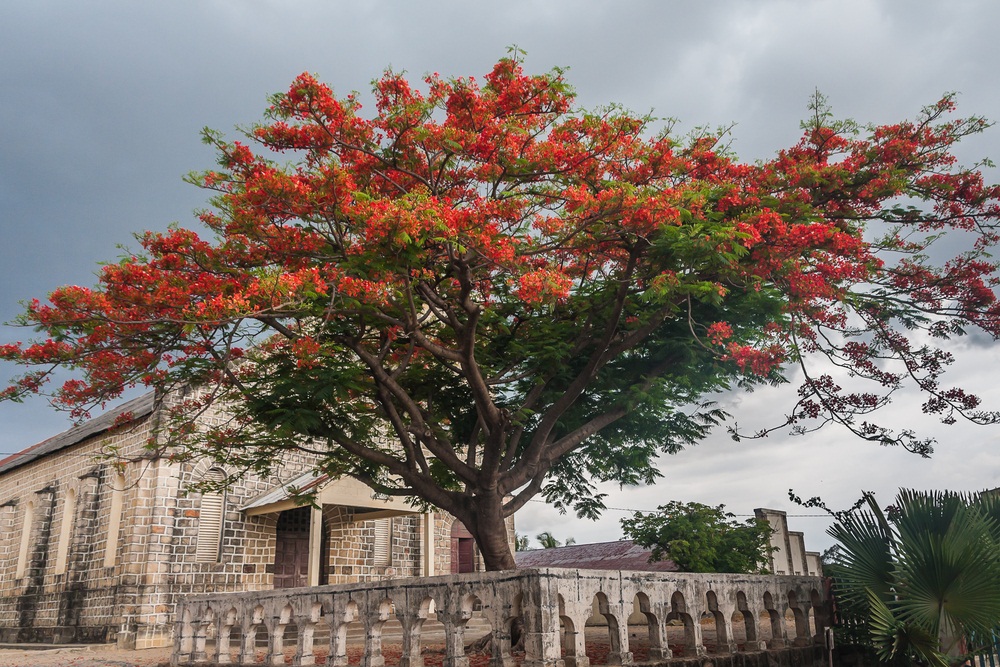 The fiery red-orange blossoms of this tree from Madagascar have made it a popular tree to grow in warm climates worldwide. In different places, it’s called the flamboyant tree, royal poinciana, or flame tree. Scientists believe that in the wilds of Madagascar—where it is now endangered due to habitat destruction—the flamboyant tree is pollinated by birds, which are typically most attracted to red and yellow flowers. (Pierre-Yves Babylon/ Shutterstock)

Trees can’t exactly go for a walk to spread their seeds around. So they rely on lots of different tricky methods of “seed dispersal.” Some trees, such as maples, disperse their seeds with the help of the wind. Maple tree seeds are encased in a “winged structure” that looks like a twirling helicopter blade and floats on air currents. Other trees get animals to do the work.  Trees that produce nuts and acorns protect seeds in a hard protective shell. Squirrels and field mice crack open the shells with their sharp teeth to get to the nutty deliciousness inside. But often they bury the nuts so they can eat them later. Some of those buried nuts end up not being eaten and growing into trees.

Encasing seeds in an edible fruit is another sure-fire way of getting seeds spread. The sugary, nutritious fruits are devoured by animals. But many of the seeds, which have a protective coating, pass through their digestive tracts untouched, and the animals poop out the seeds far from the parent tree. In fact, the poop works as fertilizer, nourishing the new seedling. 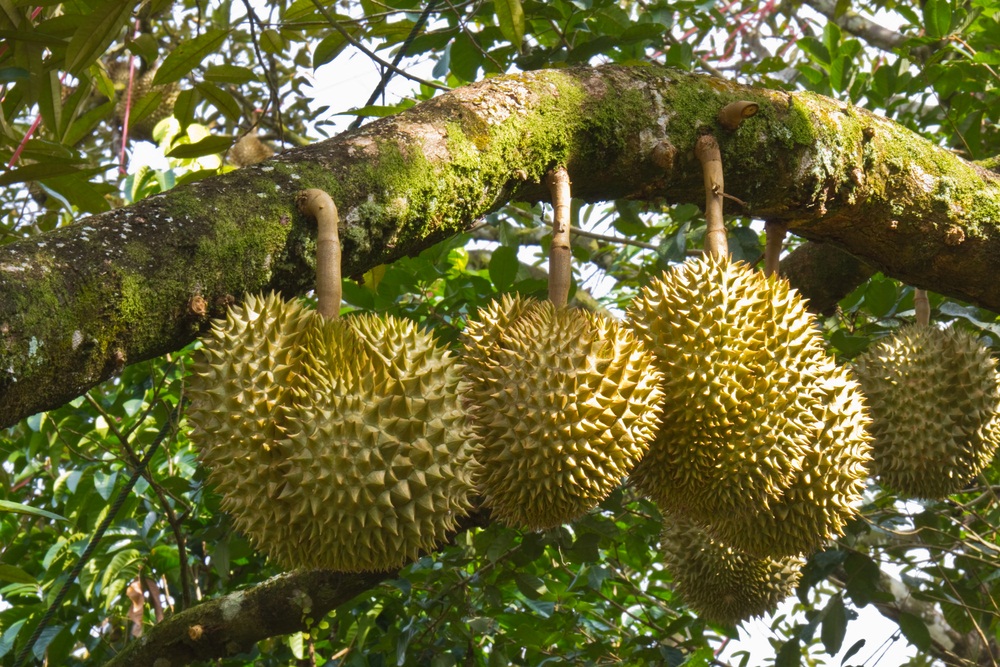 The durian tree produces a football-sized fruit with a spiky husk. Growing in Malaysia, Indonesia, and Borneo, durian fruit is very popular and also very controversial. Many people think it is fragrant and delicious—the best thing they ever ate. But some people think it is stinky and terrible tasting—they just can’t get used to it. Despite what people think, durian is a favorite food of wild orangutans and elephants. (Matee Nuserm/ Shutterstock) 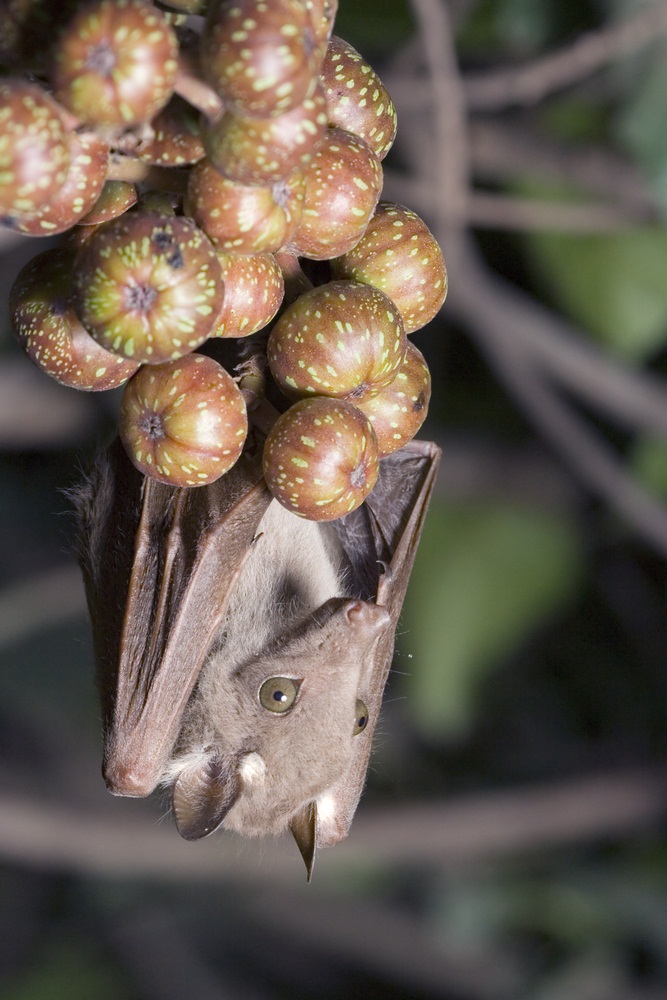 People have a very close relationship with trees. Trees provide us with oxygen to breathe. They take carbon dioxide out of the atmosphere and store carbon in their tissues, protecting our climate from global warming. They produce fruits like apples, peaches, oranges, and mangoes for us to eat. Their beautiful leaves and branches shade our streets and help keep us cool in summer. In forests, woodlands, and gardens, they provide diverse habitats for wildlife and fascinating environments to explore.

The wood from trees is used to make everything from paper to the framing for houses. It is also a major source of energy. In the United States, some people heat their homes with fireplaces and wood-burning stoves. In many parts of the world, wood is the main energy source for cooking and heating.

Trees can be replanted, so they are considered a renewable resource. But it’s important to be careful about using and overusing trees. When we cut down an old-growth tree, a new sapling can’t soon replace it or do as much work as the mature tree. When we cut down large areas or entire forests of old-growth trees for logs, paper, or to use the land for something else, we change that landscape and lose that habitat forever. 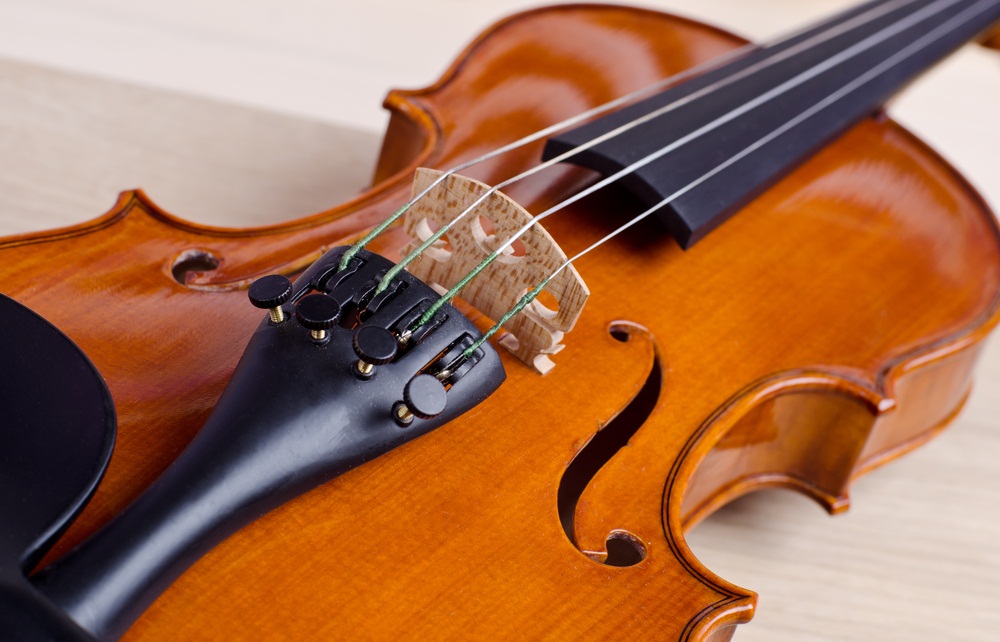 Musical instruments, from guitars to clarinets, are made with wood. Three different species of tree—most commonly maple, spruce, and ebony—may contribute wood to the making of one violin. (Roman Pyshchyk / Shutterstock) 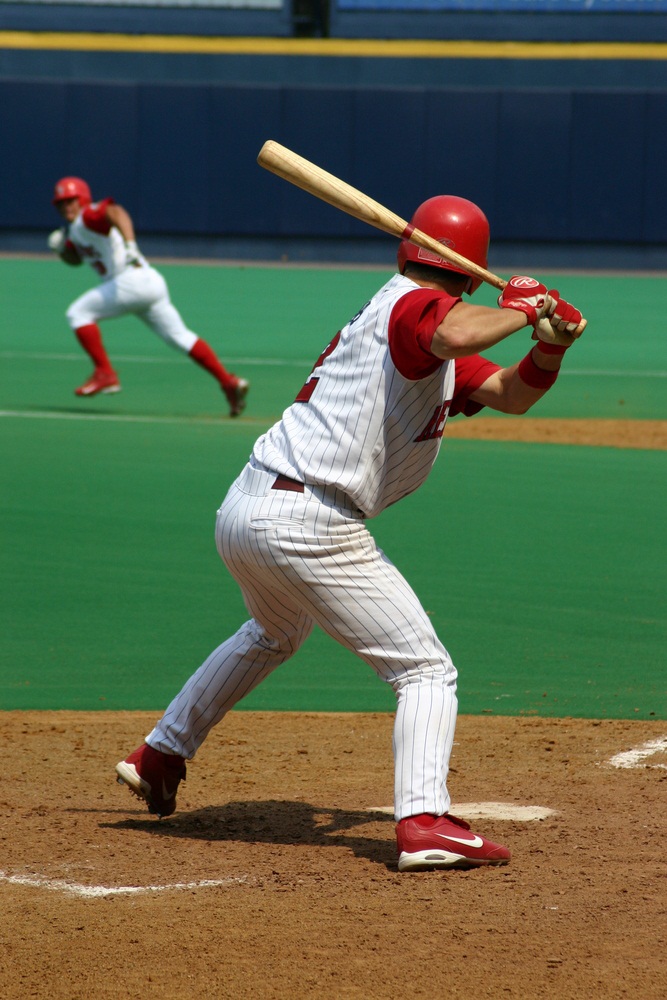 The rules of major league baseball require that bats be made of a single piece of wood. Only wood from six types of trees is permitted: white ash, sugar maple, true hickory, red oak, Japanese ash, and yellow birch. Bats made of silver maple and red maple were recently banned because of their tendency to break. (Richard Paul Kane/ Shutterstock) 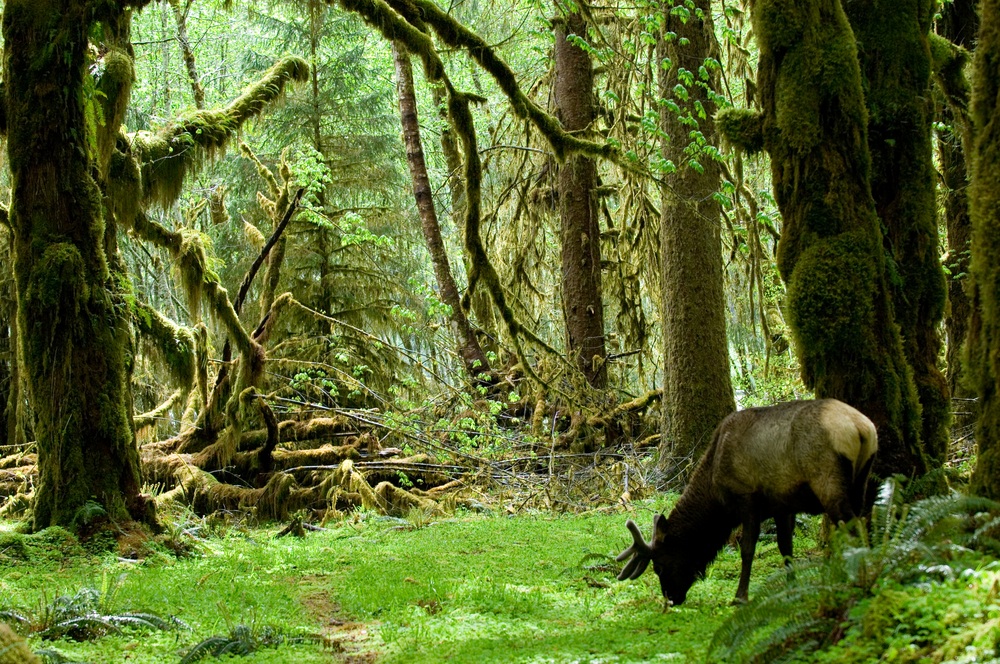 These old-growth trees in Washington’s Olympic National Park are part of one of the last primeval forests in the continental United States. This forest offers irreplaceable habitat for everything from rare fungi to the Roosevelt elk. (Natalia Bratslavsky/ Shutterstock) 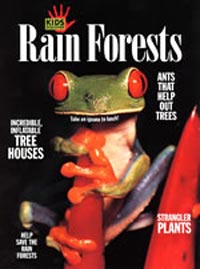 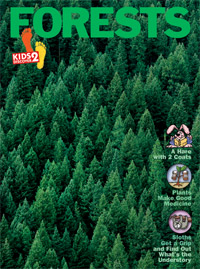 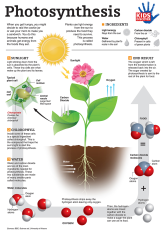 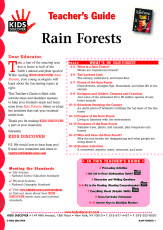 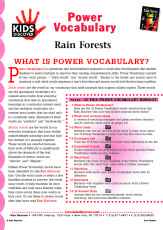 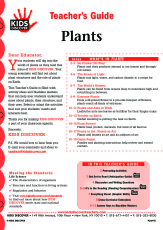 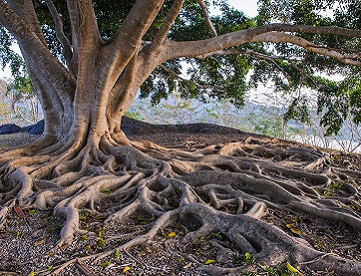