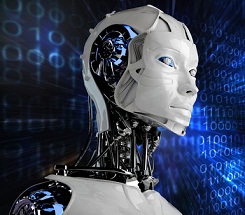 April 6-14 is National Robotics Week! It’s a great time to get your kids excited about robo-technology and inspire them to pursue careers in any of the science, engineering, design, art, computer technology and mechanics fields that create these awesome contraptions. That’s right: a robot takes a village to design and build. The innovative people who work together to create these computer-run creatures are called roboticists.

While the word “robot” can conjure up an image of a cyborg human with lights for eyes and super powers, animal-inspired robots are accomplishing tasks in all kinds of medical, military and rescue work. These anibots perform tasks that would be difficult and often dangerous for mere mortals, or even human droids, to accomplish. Here are just a few of some of the recent ani-robotic innovations that you can share with your students, with some cool links at the end of the article:

Alpha Dog is a four-legged robot that can carry gear and supplies over rugged terrain. It’s immune to gunfire and other forms of warfare and can even follow verbal and visual commands. Alpha Dog is agile enough to walk on steep ground and right itself if it falls down. But does it jiggle its leg if you scratch its belly?

Pneupard is a newer robot that is designed to be agile and fast like cheetahs and other cats. Pneupard has artificial muscles made from rubber tubing that are covered in nylon and filled with air. The pneumatic muscles have lifelike abilities that allow the bot to replicate the range of motion and strength of a real cat!

Flying animals like birds, bats, dragonflies, and even annoying houseflies can perform some pretty amazing aerial tricks. Roboticists have been observing how these adept fliers avoid obstacles, even at super-high speeds. They’re studying the membrane on bats wings and surfaces of dragonfly wings. They’re using wind tunnel tests to analyze how flapping wings can create more thrust and lift.

One modern robot flier is called ornithopter. Ornithopter looks and flies much like a real hummingbird. Sweet little ornithopter is used as a nano-spybot, equipped with a tiny camera.

TechJet’s Dragonfly flies just like a, you guessed it, dragonfly! Dragonflies have two pairs of wings. They sometimes move up and down together. Other times the front and back wings flap out of sync from each other. They can also twist their wings on the downward stroke. This wing action generates a whirlwind of air, which flows across the wings, creating lift. The lightweight robotic version of a real dragonfly has stereoscopic vision much like its live inspiration and can be used for overhead photography, home security, search and rescue, military surveillance and for just having fun and games!

SEA BOTS: Robo-fish have detectors to find and analyze pollutants that might be leaking from undersea pipelines or ships. Fish bots also come in handy to lead their real counterparts away from dangers in the sea, such as oil spills and underwater turbines. Researchers have discovered that a robo-fish can wave its artificial tail in such a way that other fish will follow it away from danger! That’s not only a fish-saving idea, it teaches scientists more about animal behavior.

SLITHERY SURGEONS: Lots of people are afraid of snakes. How would you like having one slithering around inside your body? If you’ve had recent surgery, it’s possible that you have been operated on by a robo-snake! These metallic snakebots give surgeons an extra “hand” by assisting with precision work in small spaces. This means more successful surgeries in many cases and also less damage done since the snake is so small. Larger versions of robot snakes have been used for search and rescue and exploration. This creepy creature can climb up a tree and check out the terrain with a camera installed in its head.

Your students will hopefully be inspired by these and other amazing examples of robot biomimicry and want to design a bot of their own! All they need are a pencil, some paper, and their limitless imaginations. Remind the kids of the purposes bots serve: they can reach places that humans can’t. They can be built to withstand dangerous circumstances i.e. fire, extreme cold, smoke, bombs, etc. They don’t get tired as long as their power source holds out. And they never get bored! Ask your students what kind of bot would they build? How would it help us?

For some hands-on bot-building, Instructables.com, “the most popular project-sharing community on the Internet,” offers Your First Robot, a PDF file with 15 different robotics projects ranging from super-easy-cheap to a bit more complicated and costly. The instructions are accompanied with photos and are very easy to follow (and free): http://www.instructables.com/id/Your-First-Robot/?download=pdf

Each year, the organizers of National Robotics Week (iRobot.com) promote robotic activities, presentations and tournaments all over the U.S. You can see the huge array of 2013 events here: http://www.nationalroboticsweek.org/events.php and enter your own class or school project. Be sure to check out their fun bots while you’re at it!

More ideas and inspirations for teachers reside on SPARK (Starter Programs for the Advancement of Robotic Knowledge)’s site at http://spark.irobot.com/educational_resources/

And, since National Library Week is also in April, perhaps encourage your students to read all about robots! Here are a few suggestions: