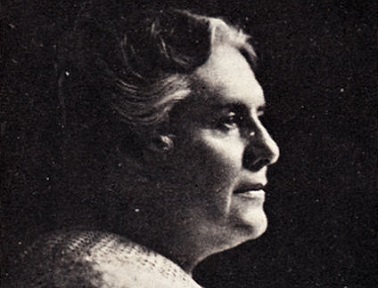 “In nature study the work begins with any plant or creature which chances to interest the pupil.”

I would like you to meet Anna Botsford Comstock. You may not have heard of her—she certainly doesn’t garner the same attention as boisterous American naturalists like Teddy Roosevelt or John Muir (we’ll get to them later!). She was, however, a pioneer in nature education, and since this is a teacher blog, it seemed appropriate to begin my series on American Naturalists with her.

Anna Botsford was born in Otto, New York, on September 1, 1854. Her Quaker parents, particularly her mother, encouraged her to explore nature. She attended Chamberlain Institute and Female College in New York, returning to Otto to teach after graduation.

In 1874, Anna entered Cornell University—women made up about 10% of her class that year. She spent two years at Cornell. In 1878, she married John Comstock, an entomologist at Cornell. With no formal art training, she spent the next several years meticulously illustrating reports her husband produced for the U.S. Department of Agriculture. She studied wood engraving so she could prepare illustrations for her husband’s work, Introduction to Entomology. She went on to illustrate several more volumes, some of which she co-authored as well. During this period, she also finished her degree in nature study at Cornell.

In the mid-1890s, the New York Society for the Promotion of Agriculture enlisted her help to introduce a nature study program into local schools in Westchester County. Though some resisted the notion of nature study in schools, the program eventually spread nationwide. Comstock wrote leaflets, study guides, and books, and taught teachers across the country.

Cornell University hired Comstock as an assistant in nature study in 1897, and two years later, she became the first female professor at that institution. Conservative trustees objected and she was demoted to lecturer, only to be reinstated the following year. However, she was not offered a full professorship until 1920.

Comstock “officially” retired from teaching in 1922, but continued to lecture. In 1923, she was voted one of America’s 12 greatest living women in a League of Women Voters poll. She died of cancer in Ithaca, New York on August 24, 1930.

Anna Botsford Comstock advocated the sort of attention to nature that we have lost and are just beginning to realize we have lost—how to observe, how to play, how to be. Despite language we might consider quaint and assumptions that are not quite PC (e.g., she refers to all teachers as “she”), her book, The Handbook of Nature Study, remains a valuable tool for teachers 103 years after its initial publication. In it, she advocates a careful study of the nature that is close at hand and that is interesting to the student, reasoning that understanding an individual of a particular species fosters interest in the larger scientific world.

The Handbook of Nature Study is available at local and online bookstores, though the most current version is a scan of the original and the image quality has suffered as a result. If you can lay your hands on a used copy, by all means do so. Alternatively, you can download the full text: https://archive.org/details/handbookofnature002506mbp

Activity: Nature Study in the Style of Anna Comstock

Have students make a simple journal (ideas here if you need them: http://the-room-mom.com/2013/01/02/fun-foldables/). Ask them to choose something in nature (plant or animal) either at home or at school, to observe for 5 minutes a day for a week (this is just a suggestion—you could do it once a week for a number of weeks or 5 minutes for two weeks, etc.). Encourage them to write down their observations and illustrate them as appropriate.

If students are able, have them read the passages in The Handbook of Nature Study about the plant or animal they have chosen. At the end of the allotted period, give students an opportunity to share some of their observations.

Barb McCoy hosts a blog called “Handbook of Nature Study” (http://handbookofnaturestudy.com/) devoted to studying the natural world in the spirit of Anna Comstock. Though it is designed for homeschool families, her material is extensive and much of it is easily adaptable to a classroom study.

For older students, particularly girls, who might be interested in women naturalists, I recommend the book Girls Who Looked Under Rocks, by Jeannine Atkins. 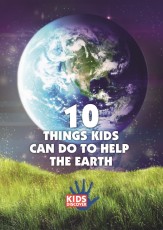 Infopacket: 10 Things Kids Can Do to Help the Earth