Behind The Scenes with Kids Discover Artist Ed Gabel

Have students who love to draw, draft, sketch, and doodle? Take them behind the scenes with Kids Discover Artist Ed Gabel to gain some inspiration. 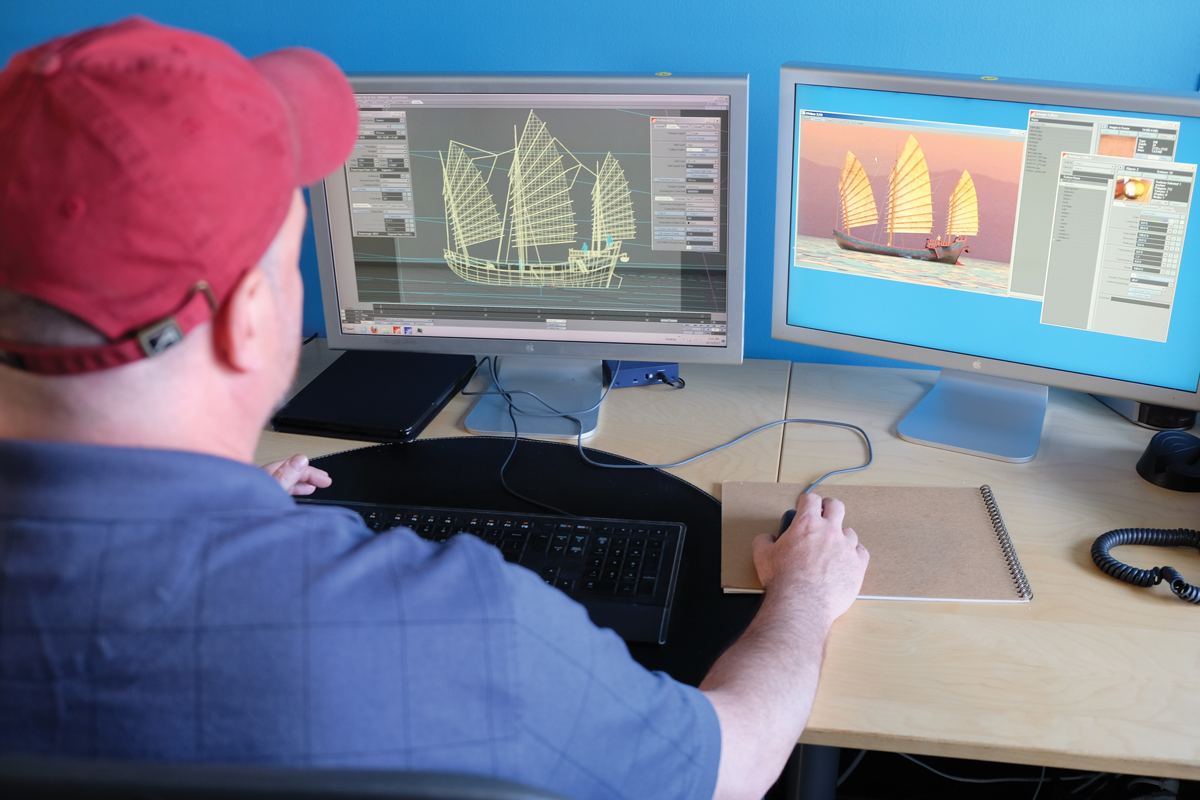 Ed Gabel puts the final touches on a custom 3D model for our Online Unit on Ancient China.

When Ed Gabel began his career illustrating newspapers, he had no idea where the digitization of media was headed. But as a newcomer to the field, “picking up a mouse wasn’t any more or less difficult than picking up a Rapidograph pen,” he said. “And hey, the mouse approach offered the revolutionary concept of ‘undo.'”

That was in 1986, and computers have come a long way since then. So has Gabel’s illustration career. With over 25 years of experience in the publishing industry, he now specializes in 3D graphics and animation, bringing dynamism to illustrations on screens of every size. His work has appeared on the covers of TIME, Newsweek, Rolling Stone, Entertainment Weekly and ESPN The Magazine, among others.

Gabel first teamed up with Kids Discover in 2012, when future President and CEO Ted Levine was brainstorming ways to take advantage of iPads for education. He turned to a design firm that had developed apps for companies like J.P. Morgan Chase, the Superbowl, and National Geographic, beginning a collaboration that resulted in bringing 25 issues to life with interactive iPad apps for kids, with subjects ranging from Cells to Galaxies.

In 2014, Gabel, along with colleague Ian Brown, launched their own firm, Brobel Design. After the initial success of Kids Discover Apps, Brobel and Kids Discover initiated a pursuit of digitizing the entire Kids Discover library.  The result is Kids Discover Online, an ad-free platform with three reading levels and tons of animated and illustrated graphic design.

In today’s media environment, and with students’ point-and-click attention spans, Kids Discover is committed to creating content kids can actively engage in, and Brobel’s work is instrumental in making that happen. Learn about Gabel’s career and where he sees technology and illustration going in the future in the following interview with the artist.

Kids Discover: How did you first get into graphic design?

Ed Gabel: At Miami University in Oxford, Ohio, I worked for the campus newspaper, drawing mostly black-and-white cartoons and illustrations. This was in the mid-80s, and personal computers weren’t yet popular. So everything I was doing was hand-drawn then.

KD: Tell us about your background in journalism. How does it affect your work for Kids Discover?

EG: My first job was at Asbury Park Press, and it was a fantastic place to work, offering a lot of creative freedom and growth. Not only was I learning the technical aspect of graphic design, such as how to work the software, but I was also learning the most important part: how to convey information and use visuals to tell stories. On top of that, it gave me real-world experience in dealing with editors and the pressures of deadlines.

Being able to contribute to Kids Discover feels like the culmination of all of that: creating vivid visual content, dealing with rich subject matters, and telling stories that convey information while entertaining and engaging kids with illustration or animation. 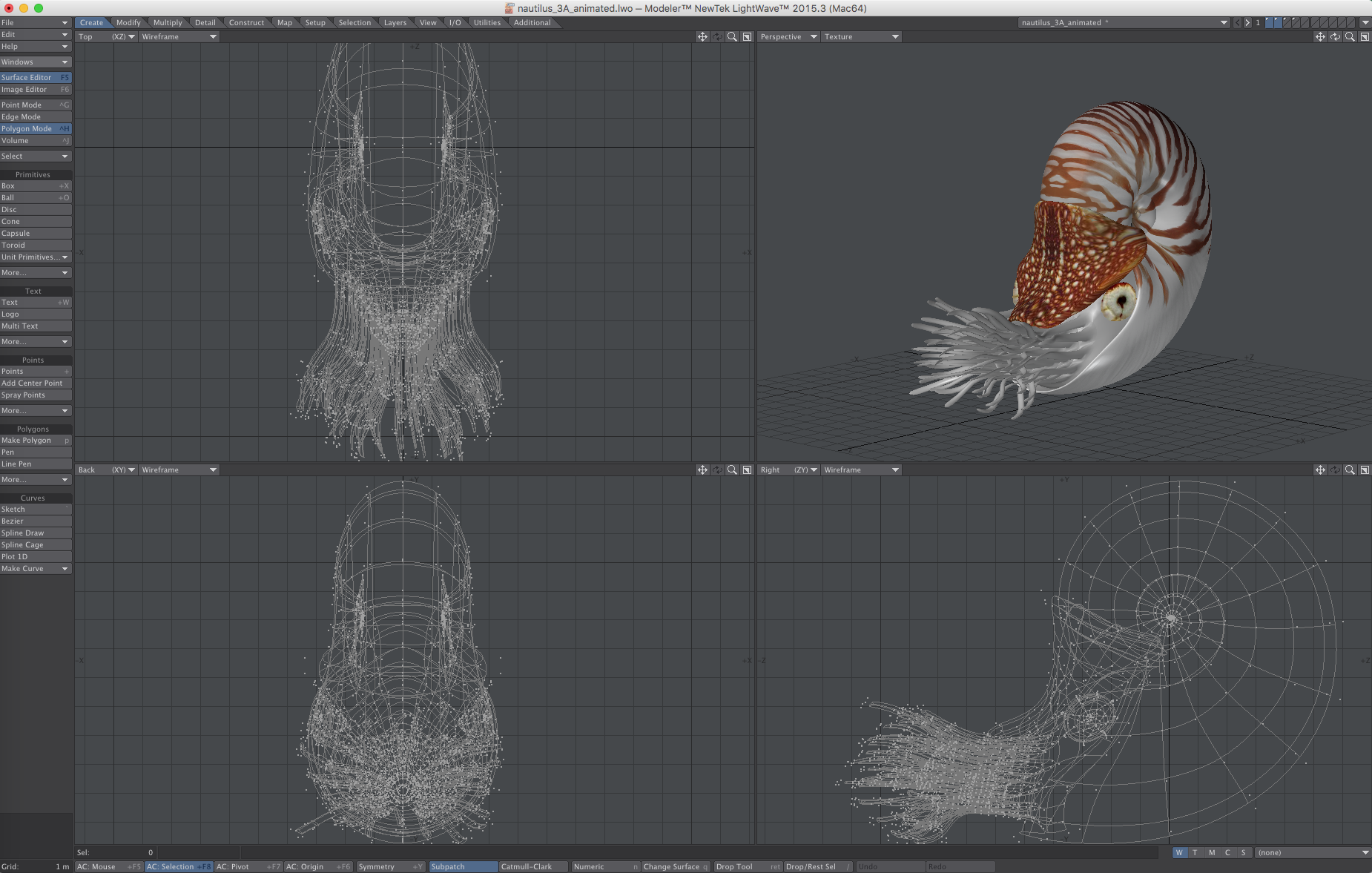 A rendering of a nautilus from our topic Fossils: Bones of Stone in our Online Unit on Geology.

KD: Can you describe what goes into a typical Kids Discover Online graphic?

EG: Just about every assignment starts with research. Whether it’s illustrating the President’s office on Air Force One, animating the Mayflower, or explaining how sea creatures from long ago left their mark on the fossil record, the first step is to learn as much as possible about the subject matter. And that begins with research — collecting as many accurate reference images as possible. Everyone knows what a bulldozer or dinosaur looks like, but just try to draw one without reference!

Next is to create the 3D model which is often the most laborious part. There are sources online where models can be purchased, but I often build my own either out of necessity or simply to ensure it’s formed smoothly and accurately. This consists of polygon construction in 3D modeling software such as Lightwave, which is what I use.

Once the polygonal geometry is complete, next comes the texturing — should the polygons be transparent like glass or solid like wood? Reflective like metal, or matte like rubber? These attributes are assigned in the 3D software, which when rendered, result in realistic imagery. If the final goal is a still image, that gets rendered and then brought into Photoshop for any final touch-up work. If it has to animate and move, then it’s a matter of rendering out frames that capture the movement which, depending on the length of the animation, can mean hundreds, if not thousands, of frames. Those frames are then brought into video editing software such as Adobe After Effects where you can do anything from tweaking contrast to adding additional visuals like lightning bolts and sound effects like thunder.

KD: What has been your favorite graphic to work on for Kids Discover?

EG: That’s like asking a kid to pick out his favorite candy in a candy store. There’s so much great content in Kids Discover that picking a favorite feels impossible. That said, I’ve probably enjoyed working on the historical subjects the most, such as animating the sinking of the Titanic, or the Apollo mission to the moon, where not only is creating the artwork fun and interesting, but it’s also educational to me. Every time we complete a project we have the benefit of having learned so much about the subject. I constantly feel like I want to appear on “Jeopardy” after finishing an issue.

KD: What artists or designers do you follow for inspiration?

EG: You won’t be surprised to hear I greatly admire the work done by Pixar and Disney. I took my daughter to see Moana and I was stunned by the visual beauty—each scene was so incredibly rendered with gorgeous detail and color. I kept mumbling about how unbelievably good the animation was, to the point where my daughter remarked, “Dad, will you just shut up and watch the movie?” 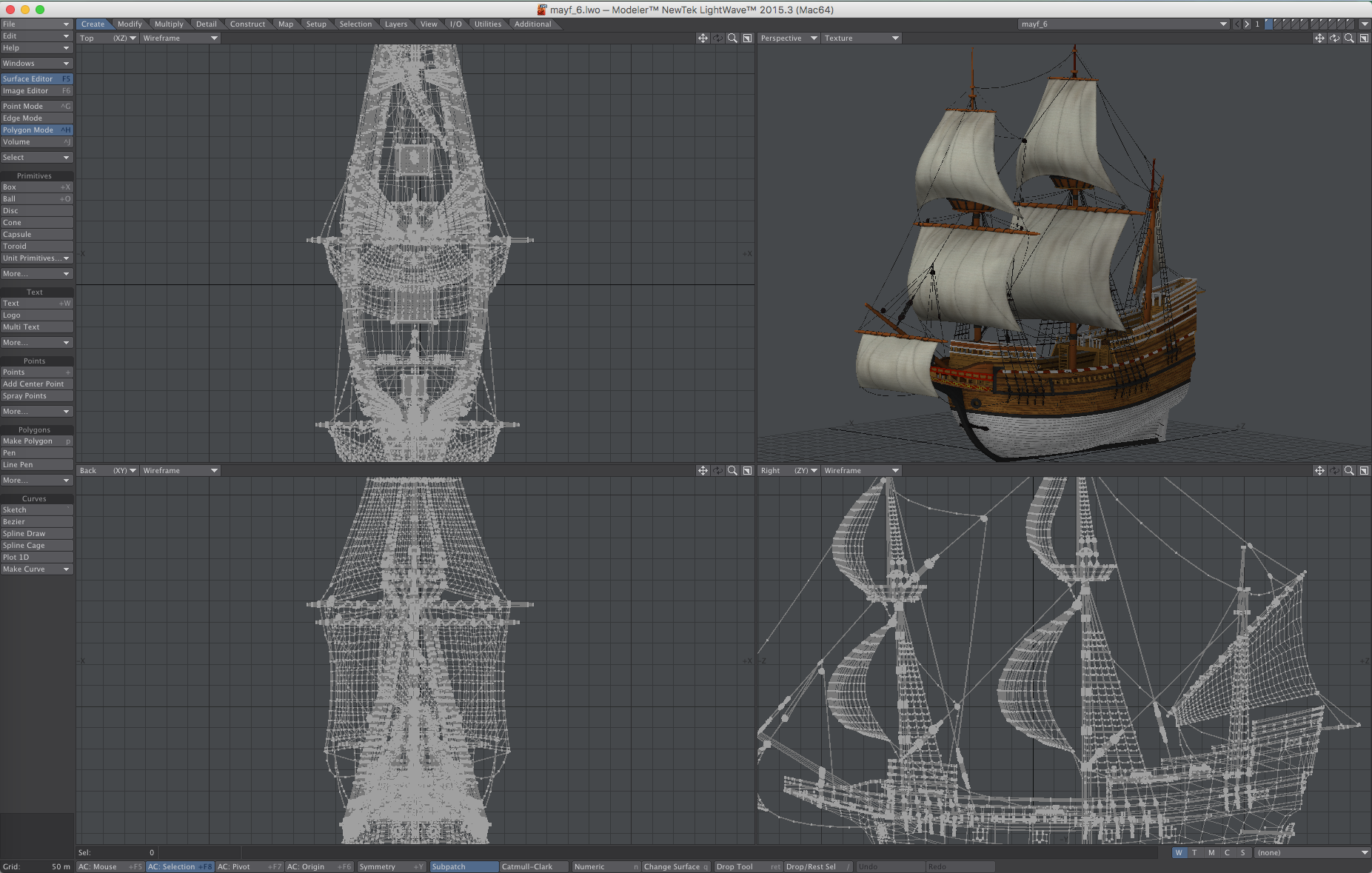 The Mayflower, from our Online Unit on Colonial America. Gabel adds sound effects to hist illustrations for added engagement.

KD: What do you wish you could design that you don’t yet have the technology for? Where do you see graphic design going in the next decade?

EG: I’ve always strived for adding as much detail to my work as possible. So often 3D modeling and animation work reeks of being fake and computer-generated, and many times that’s due to the lack of details and nuance that’s necessary if you’re trying to achieve realism. Believing in the old idiom “God is in the details” I always try to pepper my artwork, be it a static illustration or a moving animation, with many tiny details—many of which a viewer might not even consciously notice. When added up, a high amount of detail blurs the line between illustration and reality. If someone confuses an illustration with being a photo, then realism has been achieved.

The problem is, all those details can be taxing to any computer system, sometimes resulting in crashes. I’ve often thought computers will simply never be fast or powerful enough to keep up with what an artist is capable of imagining. That said, some of today’s 3D animated movies are simply awesome. Compare the blue aliens of Avatar to Andy in the first Toy Story to see how far the technology has gone. That trend is likely to continue, where 3D characters and animations become more and more realistic, to the point where live actors and CG characters are indistinguishable. Twenty years from now we’ll probably look back at Moana and Avatar and think they look primitive!

Thank you, Ed! You can follow Brobel Design on Instagram and check out more work on their website.  Also read about the careers of illustrators Rob Wood and Michael Kline in our ongoing Behind The Scenes of Kids Discover series. 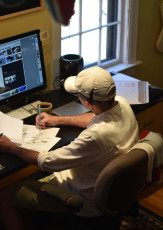 Behind the Scenes With Kids Discover Illustrator Michael Kline 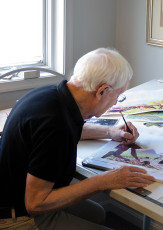 Behind the Scenes with Kids Discover Illustrator Rob Wood 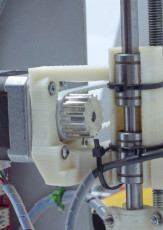