Have students try these activities to expand their knowledge and interest in 13 Colonies. 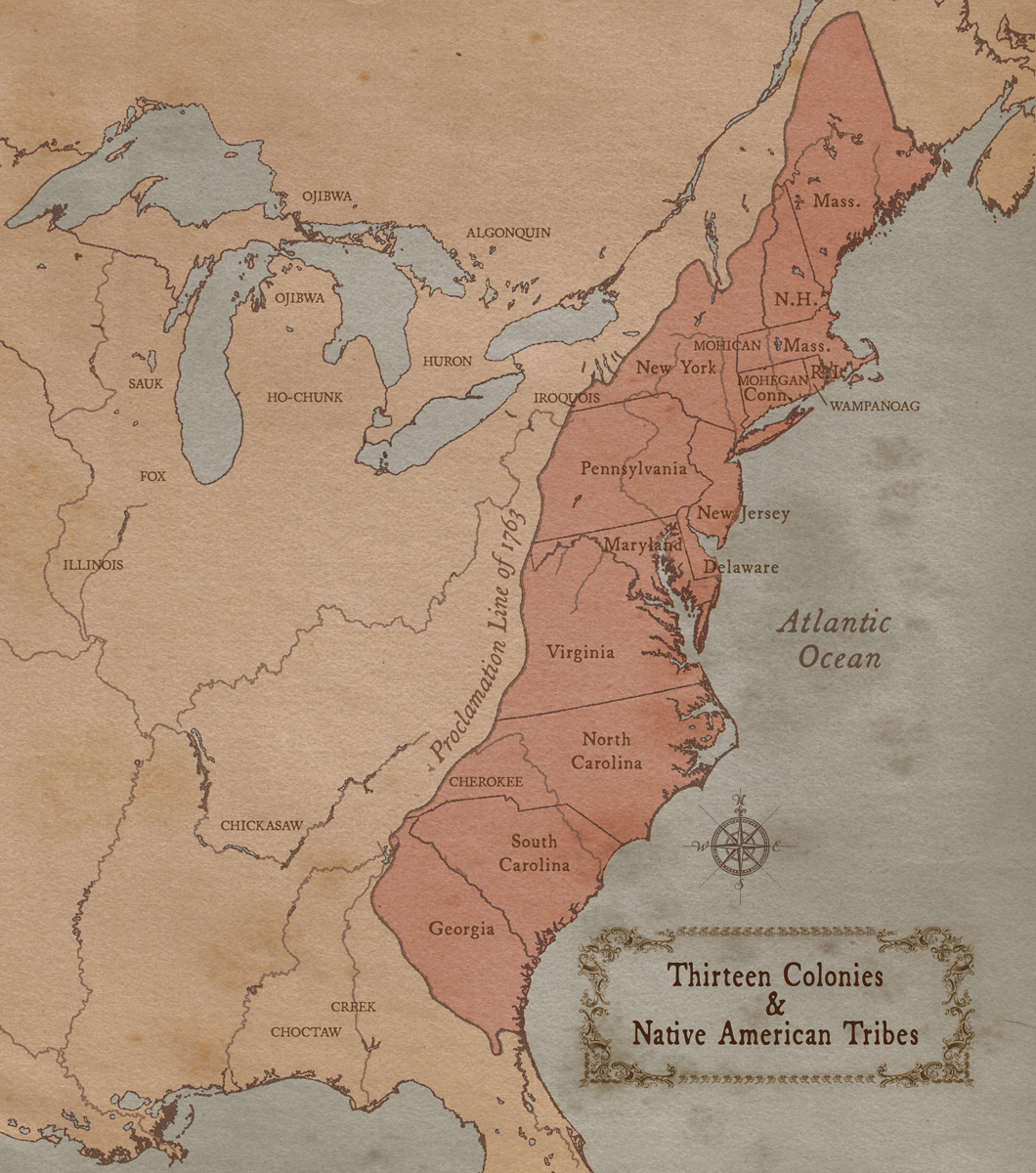 When settlers first showed up, Native American tribes often started trading with them. – From the topic “The Seeds of a New Nation”

This unit includes a wealth of information about the 13 Colonies, but there is more to learn. Have students form thirteen small groups and assign each group one of the 13 Colonies. Ask each group of students to use the Internet or other available resources in order to learn more about their assigned colony. Then have each group create a poster or presentation to show to the class. Each poster or presentation should include facts about the given colony that are not included in this Kids Discover unit. Encourage students to focus their research on questions like the following:

Life was difficult in the 13 Colonies, and people had to work hard. Invite students to imagine that they live in one of the 13 Colonies and are keeping journals or diaries of their daily lives. Encourage them to write as descriptively as possible about the lives they imagine. Have them use questions such as the following in order to stimulate writing:

Colonies were founded for many different reasons. Some of them were founded as sanctuaries for people seeking religious freedom. Others were founded in order to generate wealth and send goods back to Europe. One (Georgia) was even founded to provide debtors with a chance to start new debt-free lives. Ask students to imagine that they are founding new colonies. Have each student think about why they would want to found a colony. What kinds of social problems might be alleviated in the context of a newly founded colony? What would the rules be in the new colony, and why? What would the priorities of the colony be? Then have each student write a letter to the King of England (or France or Spain or Portugal) asking permission to start a new colony and explaining his or her rationale for wanting to do so.

Throughout human history, slavery has been practiced and even institutionalized in many societies other than the 13 Colonies. Choose another society where slavery was practiced; possible choices include ancient Egypt, ancient Greece, or ancient Rome. Then have students research the society you chose and learn about the nature of slavery as it was practiced in that society. Finally, have students collaborate to create a poster that compares slavery in the 13 Colonies to slavery in another society. Lead a class discussion to compare and contrast the two historical instances of the practice of slavery.

Inhabitants of the 13 Colonies did different things for entertainment. They played games, sang songs, played musical instruments, and created visual art. Have students use the Internet to research the forms of art and entertainment that were popular in the 13 Colonies. Then have students present their findings to the class. Students can give oral presentations, or (as the case may be) can perform, present, or demonstrate forms of art and entertainment. For example, students can sing popular colonial songs, or create drawings or paintings in popular colonial styles.