Have students try these activities to expand their knowledge and interest in Early Settlements. 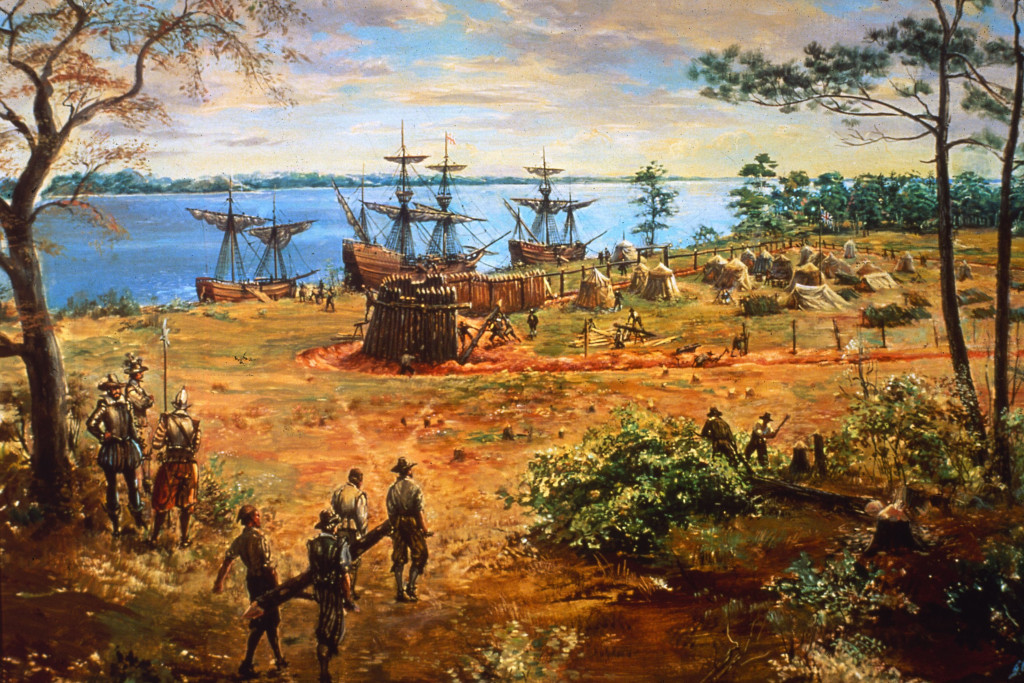 The Mayflower arrived on the shores of North America with only 102 passengers. Ask students: If you had to build a settlement with so few people, what would you include? How would you organize the settlement? Invite students to imagine that they are among the first Europeans to settle in North America, and have them draw maps of what their settlements would look like. Encourage them to think about questions such as: What kinds of buildings and facilities would a new settlement need? Would any structures be needed for defense? What about farming, hunting, and storage?

The Spanish, English, French, and Dutch all chose the locations of their colonies for strategic reasons. The French and Dutch settled along major rivers; the English along coasts with good harbors; the Spanish in large resource-rich areas.

Have students imagine that they are planning a voyage to a new and uncharted land, and ask them to think about what kinds of geographical features would be important factors in deciding where to settle. Have students look at a map of North America circa 1500, and choose locations for their settlements. Ask them to explain their choices.

Life in the early colonies was not easy. Have students imagine that they are living
in Jamestown, Plymouth, or another early settlement. Ask them to write letters home to their families describing everyday life in the settlement.

Before European powers began colonizing North America, numerous Indian tribes had already been living there for centuries. Have each student choose one tribe (you can use the map in Looking West from Europe) and research it using the internet or other available resources. Then have students present on the cultures and histories of their respective tribes.

Have each student imagine that he or she is the leader of a tribe of American Indians located near one of the early European colonies. Historically, colonists treated the Indians badly and killed many of them.

Ask each student, as the leader of a tribe, to write a treaty to be presented to the nearby colonial settlers. Each treaty should establish rules and regulations to promote peace between the Indians and the settlers. Ask students to write argumentatively, supporting each rule or regulation with an explanation of its importance.

North America was not the only place to be colonized by European powers. There is a rich history of colonialism, stretching all the way into the 20th century. Choose another region of the world with a history of colonization—South America, Africa, and Asia are all good candidates. Have students choose a specific area or country within that region and learn about its history in relation to colonialism. Encourage them to compare and contrast their chosen areas or countries with North America. Ask students to use the Internet or other available resources to conduct their research. Finally, have students present the results of their research in writing or orally.