The What, the Why, and the How 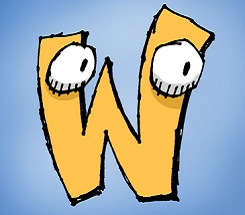 I was recently invited to attend a 3-day weekend holiday at the vacation home of some friends. They have a nice getaway spot on Table Rock Lake in Southern Missouri with all manner of post-summer diversions. Water skiing, hiking, eating, bird watching (did I mention eating?), all with nary so much as a single timepiece in sight. And with every vacationary (not a real word, not in this sense anyway) pleasure possible at my fingertips, can you guess what I spent most of my time doing?

Now, for the record, I’m not one of those persons that can stuff a backpack with novels and sequester themselves at a beach house for months on end. And I’m not averse to fiction. I make a point to reread Tolkien’s Lord of the Rings every year, beginning around late December. My wife questions this annual literary fetish, citing that I must know how it ends. I tell her that my time spent enduring the long and often harsh winters in Kansas (I know, I know… it’s nothing like Minnesota) finds comfort and ally in the long quest for the ring-destroying fire that Frodo and his dwarf companions endure–my “fire” being a sun-filled warm day. (I can get away with this kind of semi-circular logic because I’m an artist.)

So what non-Hobbit tome was able to hold my attention while all about me were boating and stuffing their pie holes with gorgonzola cheese and creme de ham? It was Bill Bryson’s A Short History of Nearly Everything. For the uninitiated, it’s a science book that not only details such sciences as chemistry, astronomy, paleontology, evolution, geology, quantum mechanics (wait! stick with me…) and particle physics, but is written in a way that makes these disciplines approachable and memorable. Bryson also makes a point of telling his stories through the people personally involved in those sciences; Albert Einstein, Edwin Hubble, Isaac Newton, James Croll…

Sorry? You don’t know who James Croll is? Neither did I, until about halfway through the book. According to Bryson (and the most trusted name in technology in my office, the internet), in the 1860’s Croll began sending papers to various learned publications in Britain on electricity, hydrodynamics, with one especially intriguing treatise regarding the effects of Earth’s odd orbital patterns on our planet’s ice ages. Noting that the observations were coming from Anderson’s University in Glasgow, scholarly readers of Croll’s papers were eager to meet with the astute individual. They were somewhat surprised to learn that he was actually a janitor at the school, who set himself to learning a variety of sciences by spending his evenings in the school’s library.

In addition to the highlights of scientific history, A Short History often takes a rather comical and sometimes depressing look at the, ummm, lowlights of discovery as well. As an example: Voyages to the far ends of the earth to observe complete eclipses, planned and funded years in advance, only to have a stray cloud spoil the entire trip.

And these are only two of many reasons why I could not put the book down.

I am a science nerd. Unabashedly, died-in-the-wool, 100%, all-out NOVA nut–though I will draw the line at pocket protectors. My neighbor Adam is a science nerd too. Whenever he and I get together, we manage to fill the air with enough pithy observations and scientific/historical analysis that our wives can hardly be blamed for their eye-rolling tournaments. A counselor at a nearby high school, he suggested I purchase and summarily devour Mr. Bryson’s book, and he was right on the money. Because…

Though I have a fine appreciation for the discoveries of individuals, especially in the realms of science, I am not nearly as infatuated with what those people discovered as to how they discovered it. In short, don’t show me the what, show me the why and the how. I’m equally desperate to understand how the human element plays into unraveling (and sometimes raveling) the mysteries of our existence; the poo-pooers and the naysayers, the totally off-the-mark theories (the book has many delightful instances of observation gone wrong), and the most delightful types of all, the persons who went to their graves confident that one day their theories would be held in the highest esteem.

I’m not a critic of scholarly books (as my collection of Calvin and Hobbes softcovers would attest to), but if there is one all-encompassing publication in your earth sciences library, A Short History of Nearly Everything should be it. And don’t blame me if you miss the boat.