Educator of the Month: Corrin Varady 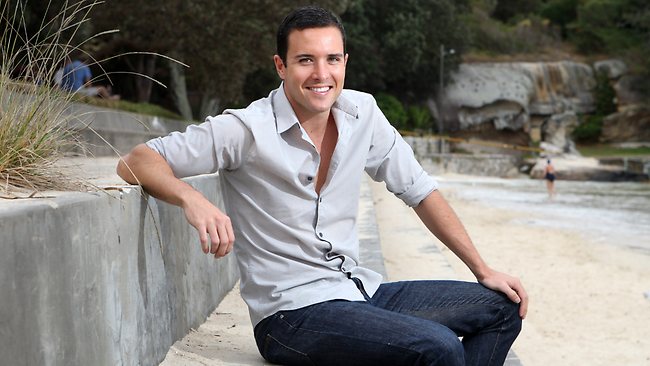 After over a decade of developing self-sustaining schools with the World Youth Education Trust, founder Corrin Varady started thinking of a way to disrupt an education system in South and East Africa that he saw as overstressed and under-resourced. Instead of building more schools, he turned his focus towards digital media tools.

In 2013, Varady founded the Institute of Digital Education Africa (IDEA). With this enterprise, Varady has organized a team of curriculum writers, designers, and technical developers to create two digital curriculum products that can be accessed on inexpensive tablets. The goal of the digital curriculum is to give students and teachers access to quality, up-to-date information that will adapt to multiple levels of comprehension.

“We need to get to a point where the students have more responsibility in their learning, and teachers can facilitate learning as opposed to being the bearer of all wisdom,” said Varady.

Just as many classrooms in the U.S. are moving towards inquiry-based learning and blended classrooms, Varady sees the modern African classroom as one where teachers are the facilitators, sense-makers, and leaders… not the “bearers of all wisdom.”

The question remains as to whether South and East African culture will be ready for this technology. Cultural norms can tend towards conservative values, and while the amount of people online in the continent are both rapidly growing, internet penetration rates remain at about 26% of the population — the lowest in the world.

Interested in the parallels between ed-tech across continents, we recently spoke to Varady about this digital classroom solution, the challenges of creating it, and how he hopes IDEA will become a part of African education.

Can you describe some of the goals you had in developing this digital curriculum?

We decided to create a curriculum that followed the national syllabus, which is very important in Africa because otherwise you’d get rejected very quickly. And we wanted a self-paced learning device that would give students more feedback than they’d get otherwise, but still allow teachers to not feel that we’re trying to say that their roles should be removed.

Who would be accepting or rejecting the curriculum content you propose?

It’s quite widespread amongst East African and Central African that community leaders, parents and educators in the society are quite conservative [and prefer a] traditional “chalk and talk” way of teaching.

South Africa has been trying to adopt technology, but they’re erring on both sides, saying “maybe we’ll try to introduce devices, but we won’t have connectivity because Uganda put out a campaign that said, ‘If you provide internet to your students it will lead to prostitution, drug abuse and sodomy.’”

There’s a big movement against “Western Culture” in education. They’re worried that students will start embracing it and lose their “Africanness” or their conservative values. But [technological advancement] is not a “Western Movement.” There’s content online that isn’t necessarily great for young people, but no more here than anywhere else. The exposure to information, even if some of it will challenge their values and ethics, is a reality of the time we’re living in. The problem that we face is that we’re dealing with very religious, underdeveloped, conservative communities.

Can you describe the main concern that led you to develop this product in the first place?

During my work in East Africa, we had a primary school graduate we sponsored who graduated top of his class in his region in science. The government recognized him and appointed him as a year-9 secondary school math teacher with only a primary school certificate. We had to hunt him down and try to get him back into school so he could fill out his opportunity. But it’s not illegal for him to be teaching subjects he’s never done before! He was very gifted, don’t get me wrong, but how can you teach quadratic equations without being trained?

My greatest belief is that the reason we’re not seeing the development in Africa as fast as we probably should is because the very cream of Africa, the gifted students, are  dropping out of school at the same level as the slower learners. In Africa they teach to the bottom 10% instead of teaching into the middle or giving extension work.

Even though our product allows students with difficulties to work slowly through the unit, we needed to make sure that there were activities for those who are gifted, too.

Can you describe the team that you’re working with?

Our team is made up of curriculum writers, developers and designers- 78 people across East Africa, Australia and South Africa. 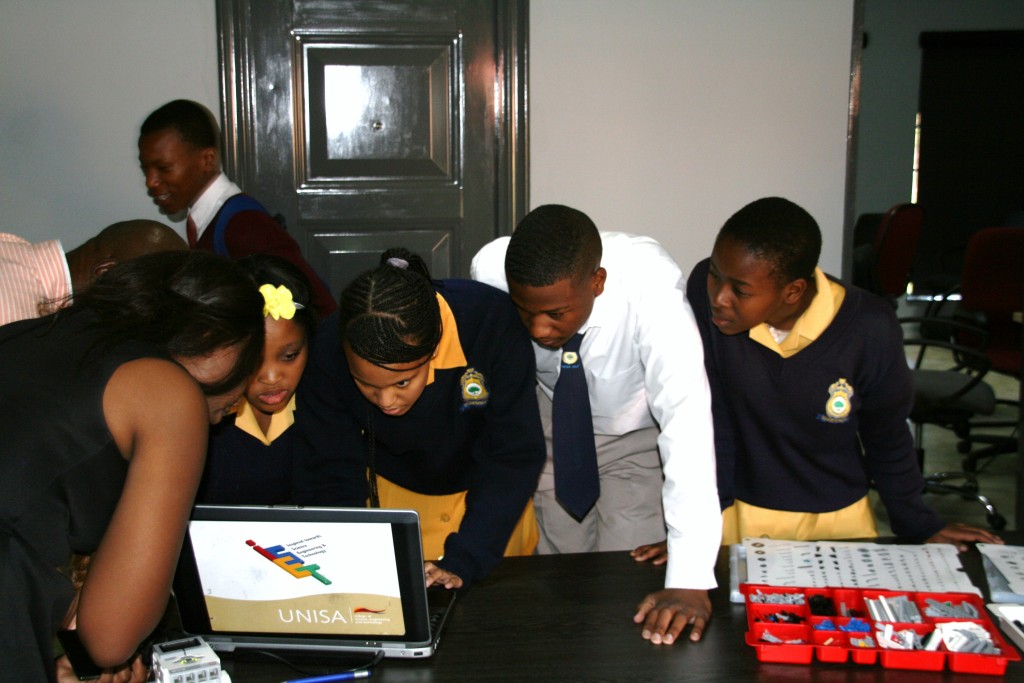 The [Australian] writers wrote a block of content before they came, and worked with the students and teachers testing their material and language. Then we went to developers and said we wanted a product that has some artificial intelligence in it, so it can assess students and send metrics and data back to the teachers or us, the company, and so that it can house a content-rich product. Then we have a full-time design team that creates content everyday.

It’s not the ultimate. The ultimate would be that we have great teachers and labs… but if we can’t have that, how can we bring it to students using digital media?

What digital platforms to do students access this on?

It’s optimized for tablets… low cost Android tablets that cost between $50-$100. It can be used on PCs or laptops, but tablets are the most affordable and portable.

The MEC for the Guateng Province in South Africa has said that they’re going to start rolling out one tablet per secondary school student by the end of the year. The issue is that they have no content. So they’re rehashing E-textbooks. The backlash is that if your just going to put out an old E-text, why wouldn’t you just give them the book?

The pushback comes from the fact that the content isn’t caught up with the technology.

What will eventually determine the financial feasibility of sustaining your vision of blended-learning schools in Africa? 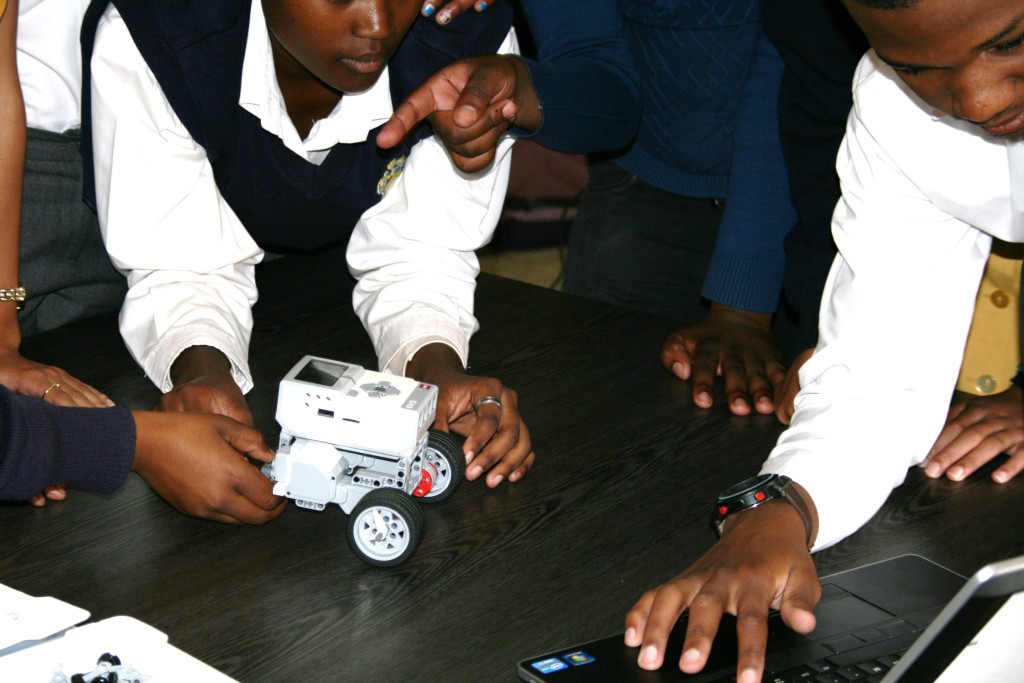 The overall wealth of the lower-middle class or upper-lower class of Africans, which is the majority of the whole population, can now afford and want to pay for education.

People said to me, “Why are you providing tablets to people who are still living in mud-huts?”  Well that’s the most ridiculous thing I’ve ever heard.

People here have moved into a realm of understanding that the one way to break a poverty cycle is a quality education, not just an education. Education is the number one spend across the continent  now — more than food and medication. There is a push and we need to support that.

This transcription has been edited for length and clarity.