Games and Activities about the Renaissance and Reformation

Have students try these activities to expand their knowledge and interest in Renaissance and Reformation. 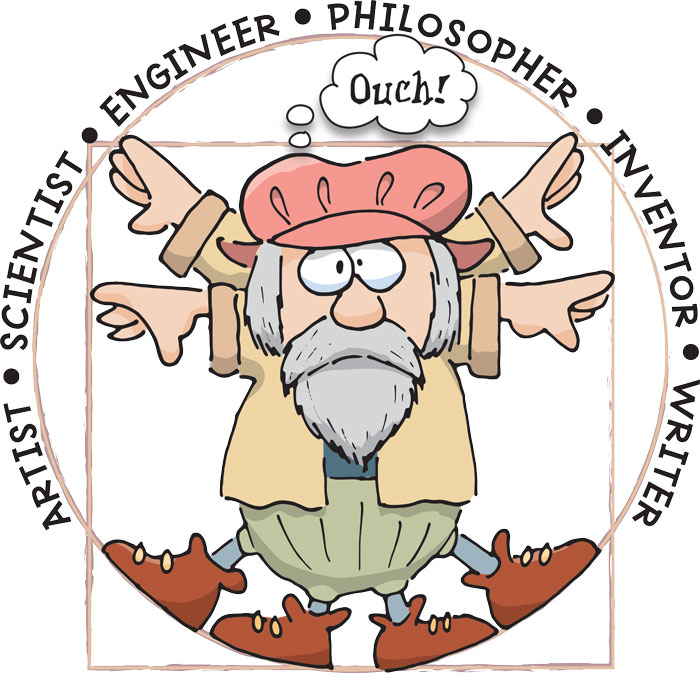 Leonardo da Vinci had one of the greatest minds of the Renaissance. He was an accomplished artist, engineer, and writer among other things. During his lifetime, da Vinci kept a number of notebooks in which he would record his ideas, both by writing and by illustrating. Ask students to keep notebooks of their own. Encourage them to record creative ideas in whatever format they prefer (prose, verse, drawing, etc.). The purpose of this activity is to get students to think about the sort of interdisciplinary thinking that was popular during the Renaissance. Da Vinci was a prime exemplar of this sort of interdisciplinarity. Remind students that in working on their notebooks, no medium or subject matter is off limits: they are free to draw pictures, make up inventions, reason philosophically, or anything else. Ask students to write or draw in their notebooks regularly for a period of weeks. Then collect all the notebooks and review them for a grade.

During the Middle Ages, theology was treated as a respectable way of knowing about the world. By contrast, some Renaissance thinkers began to privilege the scientific method as the superior method for gaining knowledge. Practitioners of the scientific method repeatedly perform experiments and observe the results. When a certain experiment consistently produces a certain result, this demonstrates a fact about the world. For example, if I hold a piece of chalk in my outstretched hand, and then open the hand, the chalk will fall to the ground. This same result will follow every single time I open my hand this way. This pattern is observable evidence of gravity.

The Renaissance was a time of great artistic innovation. Many great painters and sculptors created works that are still treasured and revered today. If you have any students who draw, paint, sculpt, or design structures, ask them to create works of art in the Renaissance style. Students should use the Internet or other resources to learn more about what Renaissance works were like stylistically. Then they can create works of their own and share them with the class.

William Shakespeare was one of the great writers of the Renaissance. He wrote many plays and works of poetry in English. Queen Elizabeth I was a devoted fan. Ask students to select passages from Shakespeare’s works, practice them, and recite them for the class. Students might choose from among Shakespeare’s sonnets, or they might choose one of the many famous soliloquys from Shakespeare’s plays. Students can also work together in groups to perform ensemble scenes from any of the plays. Before students perform or recite their chosen passages, have them explain to the class where the passages come from, and (if applicable) have them explain the narrative contexts in which the passages occur.

In the early 16th century, Martin Luther became frustrated with the Catholic Church. His revolutionary actions led to the beginning of the Reformation, a period of religious upheaval during which many people would challenge the authority of the Catholic Church. But not everyone’s reasons for challenging the Church were the same as Luther’s. Luther wanted to restore the idea that common people could have a direct connection with God. Henry VIII on the other hand wanted to weaken the Church’s power so that he could divorce his wife and remarry.

Many things changed in Western Europe with the beginning of the Renaissance. How did the Renaissance, a fertile time of creativity and humanistic development, compare with the epoch before it, the Middle Ages?

The medieval period was not like the Renaissance. It was a more brutal and violent time with far less artistic development. Peoples’ worldviews were informed by an indoctrinated fear of the Catholic God, instead of by curiosity and a hunger for new empirical knowledge. Have students work together as a class to create a timeline or poster comparing the Renaissance to the Middle Ages. Use a large piece of paper or poster board so that you have room to include a sufficient amount of information. Then put the poster or timeline on display in the classroom.