Games and Activities on How America Works

Have students try these activities to expand their knowledge and interest in how America works. 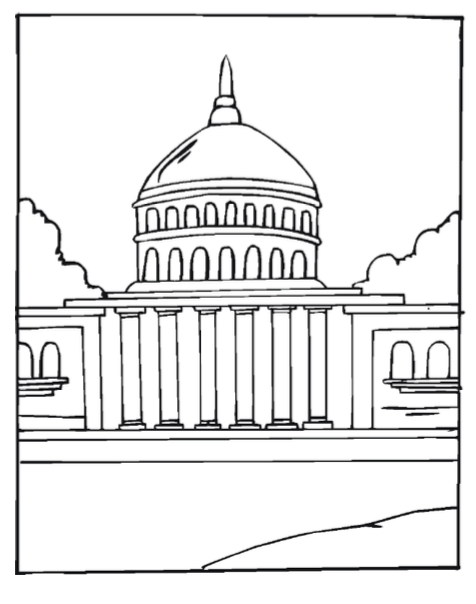 Have students write a play from the perspective of a bill going through the process of becoming a law. Encourage students to include appropriate emotion in the dialogue of the bill as it goes through the stages. For example, it may be exhausted going back and forth between the House and Senate while it is being debated, but may be ecstatic when it is finally signed by the president to become a law. Students can perform the play as a Reader’s Theater for other classes in the school.

Have students think about the kinds of things local government takes care of, including fighting crime and putting out fires. List students’ responses on the board. Have students write a letter to the mayor giving their feelings about one aspect of local government and how it might be improved.

The American flag has had several different looks throughout the years. Discuss the symbolism of the stars, stripes, and colors on the flag. Encourage students to research American flags that have been used in the past. Each student should select a flag, draw a picture of it, and write a paragraph giving details about when it was flown, the significance of the stars and stripes on it, and other facts. Next, have students think about the meaning behind other symbols in our daily life, such as sports team mascots and logos. Have students discuss symbols that would represent your school or classroom. Each student can then design a flag for the school, your classroom, or for themselves, and then write about the meanings of the symbols that they chose.

Games and Activities on How America Works | Kids Discover