Grin and Bare It – The Science Behind a Smile 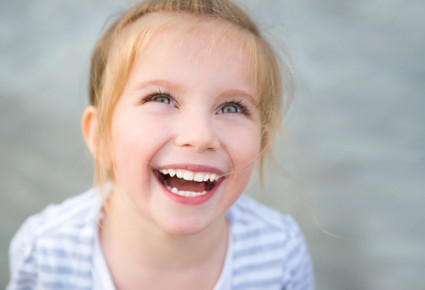 A true smile is a sensory reaction that we don’t even think about. Something we hear, someone or something we see, or perhaps a special thought or memory, and the brain is given a signal to smile. It’s a pure emotional reaction that we can’t control.

To be more specific, the prompt excites the left anterior temporal region of the brain. Two facial muscles are immediately sparked into action. A cheek muscle called the zygomatic major tugs the lips upward. At the same time, muscles around the eye sockets, called the orbicularis oculi, squeeze the outside corners of the eyes into a shape somewhat like a crow’s foot. It happens quickly, and doesn’t last very long – up to four seconds. This smile, which is called the “Duchenne smile,” is the only true smile. It is created by the simultaneous and spontaneous reactions of those two muscles. Psychologists, most of them anyway, consider the Duchenne smile to be the only positive indication of real enjoyment. Anything else is just “saying cheese.” People fake-smile when they feel guilty, are embarrassed, or telling a lie. Even Shakespeare pointed out that Hamlet noticed how “one may smile, and smile, and be a villain.”

The discovery of a true smile is credited to Guillaume Duchenne. He discovered it during his studies on emotional expression. He figured out what our face muscles were doing by stimulating them with electrical currents. Ouch! Duchenne concluded that while the cheek muscle can be voluntarily used to create a lip smile, only “the sweet emotions of the soul” can cause that beautiful dance between the zygomatic major and the orbicularis oculi.

Not everyone agreed with Duchenne’s findings. In fact for many years, most psychologists felt that smiles could indicate many emotions, not just happiness. Finally, in the 1970s, psychologists identified the mostly forgotten Duchenne smile as indeed unique among all other smiles. By that time, scientists had developed a unique research tool to measure facial expressions, called FACS, or the Facial Coding System.

FACS is an anatomically based method to describe all (observable) facial movement. Each component of a facial movement is called an Action Unit, or AU. Any facial expression can be broken down into two or more AUs. There is even a FACS manual that describes the coding for each AU and how they appear in combinations. You can go here to see the first few chapters and share with your students:

Today, many researchers think that these smiles can show a person’s true nature. Researchers who specialize in mental health notice that Duchenne smiles always accompany positive emotions. They even found that patients with depression exhibited more Duchenne smiles when they were discharged from care.

Photographs of people exhibiting Duchenne smiles were found to be happier people 30 years later than people who didn’t exhibit true smiles in photographs of them. Those “low intensity” smiles, the cheesy ones, seemed to correlate with later unhappiness in their lives. Recent studies have also suggested that true smilers also live longer and healthier lives!

Meanwhile there is breaking news about smiling and other expressions. Up until a few weeks ago (March, 2014), researchers who study cognitive science thought there were only six basic facial expressions: happy, sad, fearful, angry, surprised and disgusted. But researchers from the Ohio State University have announced that they have categorized 21 different facial expressions! Each unique expression conveys a separate emotion. Now we have expressions such as “sadly angry” or “happily disgusted.” They tested 230 volunteers and came up with their conclusions after studying and analyzing about 5,000 images. They also used FACS to make their determinations. Are these same expressions found in people from other cultures? That wasn’t clear in the findings.

Understanding smiling and other facial expressions helps mental care professionals understand how a patient feels, even without verbal communication. Patients with mental issues such as depression, autism and PTSD can often be diagnosed and treated thanks to a better understanding of the visual clues given by facial expression.

But understanding the look on someone’s face can also give clues to anyone who might not realize something they said hurt someone’s feelings or embarrassed them. Talk to your students about reading faces and paying attention to feelings. For a project, have them cut a photo of a smiling face from a magazine or newspaper and write a story. Is it a real smile? If so, what are they smiling about? If not, why are they faking a smile, what’s wrong? 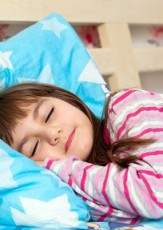 “ZZZ” – The Science of Sleep for Kids 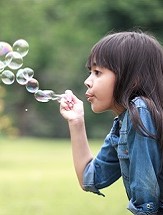 The Science Behind Bubbles 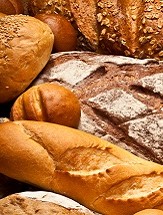 The Science of Yeast 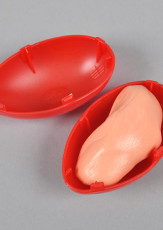