Tellin’ it how it was: An Oral History Project 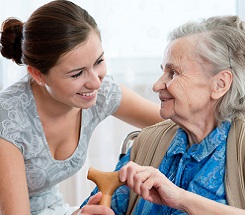 “Say nice things about me . . .” So starts an interview I did with my 90 year-old grandmother, Frances Dodaro Castrogiovanni, in June of 2011. We settled around the hub of social activity in her house — her rectangular glass kitchen table — she at the head, my husband and I flanking both sides. An old RadioShack tape recorder, placed next to a plate of homemade biscotti, rested on the table to capture the exchange.

I was undertaking an oral history assignment I frequently gave my students, one which aimed to show that history is storytelling. In preparing for the exercise, I talked with my students about moving beyond the easily locatable contours of a person’s life, such as dates of birth and death. I explained that interviews allow us to fill-in these rough outlines and find out how major historical moments — the Civil Rights Movement, the Cold War, the moon landing — impacted the lives of those who’ve come before us.

In our discussion, we strategized ways to encourage self-narration, centering on how to prepare interview questions and form follow-up queries. Students first selected their interviewee and reflected on what information they hoped to gather. Did they want to learn about their childhood, or did they hope to hear about what they remembered of a specific event, such as the September 11th attacks or the assassination of JFK? With this information established, we considered what made for a good prompt and worked on devising open-ended rather than simple yes-or-no questions.

Students then put this information into practice. Equipped with their questions, they spoke to their designated subject — generally a parent or grandparent — gathering responses on paper or with the aid of a device such as a digital recorder, phone or laptop. On return to the classroom, they revisited their notes and molded them into written biographies, which we assembled into a small book.

Putting these straightforward methods to use during that early summer afternoon conversation with my grandmother allowed me to get beyond the well-documented, census-type details of her life. The question “Could you describe your childhood home?” led to elaborate descriptions not only of the layout of the house, but also of its inhabitants and frequent visitors. “Tell us about your parents” prompted an account of how her father — a widow who remarried my great-grandmother on arrival in the U.S. — returned to Italy in 1928 to pick up his eldest daughter who had been living in a convent (in their absence, my grandmother’s appendix ruptured, resulting in a two-week hospitalization). “How did you and grandpa meet?” garnered everything from a description of the plaid snowsuit she wore on their first date to the bemoaning of love letters lost to a basement flood. “Why did your parents leave Italy?” induced memories of a visit to Calabria, during which she encountered the old world poverty her father fled. In short, she narrated the twentieth century through the lens of her own experience.

With a little planning, students of all ages can embark on an oral history project that will reveal the character and preserve the unique voice of the interviewee. In creating these living documents, students become historians who collect primary documents of enduring value. 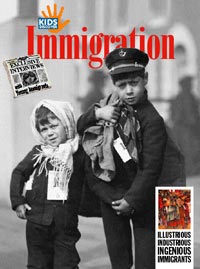 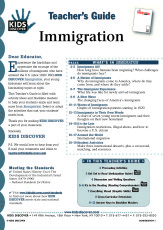 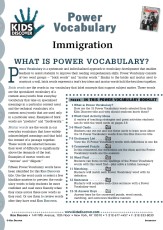