Cross-Curricular Activities on Mid-20th Century in the U.S.

Have students try these activities to expand their knowledge and interest in the Mid-20th Century in the U.S. 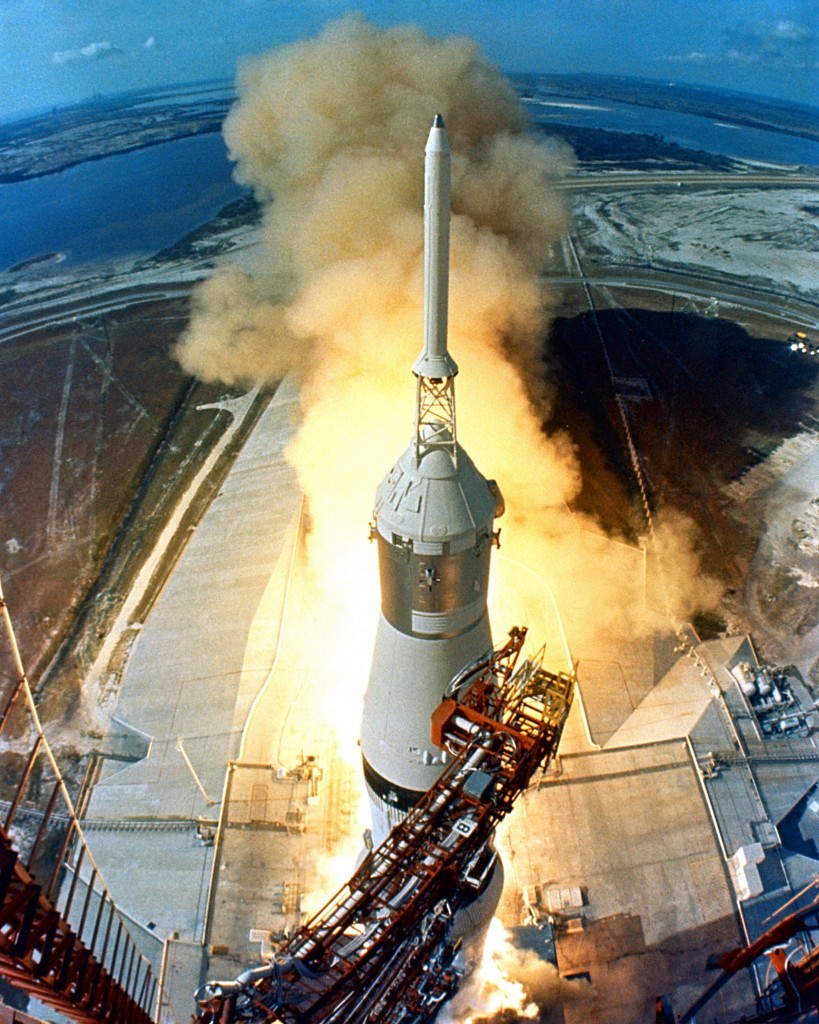 Ask students to pretend that they are on the Apollo 11, on the first mission to the moon. Neil Armstrong gave a famous speech when he landed on the moon. Ask students to write speeches to be delivered when they first set foot on the moon. You might students to be more descriptive and reflective than Armstrong was (you could ask them to pretend that the president has asked them to speak for at least five minutes to ensure that they write more than one or two sentences). Encourage students to be as descriptive as possible and to reflect on the importance of the moon landing in the context of history and in the context of the development of American culture.

Mid-20th Century in the U.S. details many important moments in the civil rights movement. Some of these events are instances of activism, such as protests and marches. Others are pieces of legislation, such as the 1965 Voting Rights Act. Ask students to work together as a class to assemble a timeline of the important events of the civil rights movement. Stimulate a class discussion about when the timeline should begin and end.

Martin Luther King Jr. was one of the most important figures in the civil rights movement. But who was he, really? Ask students to use the internet or other available resources to research the life of Martin Luther King Jr. Ask students to write short papers detailing important biographical information about King and discuss the reasons for his deep involvement in the fight for civil rights. Have students submit their papers for a grade.

In Mid-20th Century in the U.S., students learn about the beginning of the civil rights movement. Americans became more concerned with the promotion of equality and fairness; they became repulsed by many of the forms of racial intolerance that were historically commonplace in the United States. Many of these egalitarian concerns are still important to people today. And, arguably, the fight for civil rights continues, at least for some groups.

Many important pop culture trends came into being in the 1950s and ’60s. Among them was a revolution in music. Rock and roll was born in the ’50s thanks to musicians such as Chuck Berry, Elvis Presley, and Buddy Holly. It culminated in the ’60s with The Beatles. If students play musical instruments or sing, ask them to learn some of the music from this period and perform it for the class. Candidate songs to learn include “Blackbird” by the Beatles, “Johnny B. Goode” by Chuck Berry, and many others.

The 1960s saw many Americans become newly aware of the devastating effects of pollution. But how is pollution so bad? Have students research this question using Kids Discover Online or other available resources. Then have students present the results of their research in the form of a poster or a slideshow. Ask students to include visual elements that clearly show the systematic relationship between pollution and environmental effects. Also ask them to include their own opinions about what should be done about pollution. Finally, ask students to present their posters or slideshows to the class and lead a class discussion centering on pollution, its effects on the environment, and the things we can do to stop it.