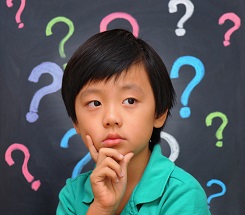 My children are grown now, but there was time when I shared the dinner hour with six-year-old and eleven-year-old boys. It was raucous and unpleasant. The boys were up and down, running around the table, laughing, shouting, playing, and doing anything but eating. As the situation devolved, I knew I had to do something. Yelling, shouting, and punishing was one option, but that didn’t feel right. I’m not a yeller. And my goal was not to punish my kids into submission, but to have us–all of us–engage in the moment as a group and enjoy it.

My kids understood the points of contention, but that didn’t seem to matter to them. Then, in a stroke of desperation, I gave them the task of creating “Dinner Rules.” The rules, which we would all live by, would pave the way for a sane dinner hour we could enjoy together. I was the scribe; they were the rule makers.

Before long, there were five or six rules printed large on over-sized paper and posted within view of the dinner table. Problem solved. My kids had made the rules; they were invested in making them work.

I had forgotten about this moment in family history until recently, when my younger son, now a pediatric resident, shared an anecdote about a patient (who remained nameless). Like many children, his patient, a preteen, was seriously overweight and having real trouble losing the extra pounds.

My son educated her and her family about a healthful diet. Then, drawing on his own life experience, talked with her about taking charge of her diet, about making her own decisions concerning her diet, about having the ability, the power, to choose healthful foods even when less nutritious foods were available. The plan worked.

The theme here is empowerment. In general, children and preteens have very little power over their lives. Parents, teachers, and other adults control–or try to control–what they do for most of their waking hours, where they go, how they behave, and who they see. Much of this control is well-placed. After all, one of our jobs as parents is to help our children develop into social, moral, educated members of the community, able to engage productively in the world around them. However, our children are also sentient human beings, with minds, thoughts, feelings, motives, and drives all their own. And they let us know that from early on. What is the temper tantrum of a two-year-old but an exertion of will–ours versus theirs? What is preteen “back talk” but an exertion of independence, inappropriately articulated as it may be….a more grown-up exertion of wills.

Human beings–even young ones–want to feel they have a say, at least in some things. It’s up to us, as their parents, to figure out which things: Where do we hold the line? Where do we let go?

For me, the line involves matters of safety, health, and responsibility. I would be less concerned about whether a child wore high-tone clothing or even matched clothing than whether the clothes were appropriate for the weather. As an example, I still shudder at the memory of my kids rushing out the door wearing sweatpants under shorts, which was a compromise between their desire to rush spring weather and my desire to be sure they dressed for the lingering winter temperatures. I can assure you that neither offspring sports this style today.

What I have learned, now that I see this period of parenting in my rearview mirror, is that children need to feel empowered–not about everything, but about some things. Life is full of chances to shift decision-making to our children. It’s largely a matter of perceiving the opportunities as they arise and making mindful choices about which decisions to shift and when.

The choices parents make may be different. What’s important is that we make the choices. In an earlier post I wrote about getting closer to our goals for our children by stepping back. Perhaps this is a variation of that theme as well.