Bridging the Gap Between Science and Public Awareness 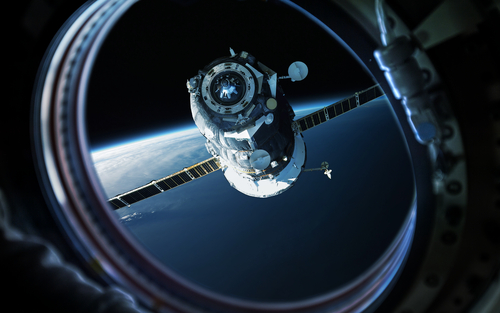 Our lives have benefited immensely from scientific advances, from life-saving medical devices, to safer products, to continuing new discoveries about our world.  We love the great things science has done for us, but many of us feel distanced from the ‘secret world of science’, feeling like scientists are them and those who don’t do science are the rest of us.  What scientists do and how they do it are big mysteries.  Much of the work that scientists accomplish winds up published in technical journals filled with obscure knowledge using highly-specialized vocabulary that only insiders in that particular discipline can understand.  Once in a while you might see a really interesting finding make its way into the news, but an enormous amount of work that is accomplished never makes into the mainstream. Because of this, it seems like science happens in hidden away enclaves, performed in obscurity.  Scientific insiders are aware of this disconnect between working scientists and the general public and are determined to peel back the curtain and bring science out into the wide open spaces where we can all enjoy the discoveries being made.

With the widespread availability of the Internet comes the opportunity to explore the world in unprecedented ways that can change the way science is introduced in the classroom.  An enormous amount of scientific data has been stitched together with advanced viewing technology to create virtual travel experiences that are out of this world. You can take science lessons beyond the mundane textbook/paper/pencil tradition and send your students on trips to places that would just never work for a school field trip!  Here are some of my favorites;

Aquarius Reef Base: The World’s Only Undersea Research Station
Owned by the National Oceanic and Atmospheric Administration (NOAA) and operated by the University of North Caroline Wilmington this unique, permanent underwater ‘human habitat’ sits on the sea floor 60 feet deep in the Florida Keys National Marine Sanctuary.  Several 10-day missions are conducted each year.  Aquanauts, as they call the human inhabitants, actively conduct operations and investigations during the missions and live web cams are trained in various locations so everyone can watch the experience live; around the outside of the station, inside, as well as helmet-mounted cameras so visitors can see a first-person view of the operations underwater. (http://aquarius.uncw.edu/)

Catlin Seaview Survey
Scientists on the University of Queensland in Australia are collecting the most comprehensive and detailed video of the Great Barrier Reef ever captured.  Using a variety of high-tech cameras they are currently capturing panoramic video of the entire length of the world’s longest coral reef to a depth of 330 feet.  The videos are being ‘stitched’ together in the studio and posted online where they will be available for anyone in the world to see.  It will be like actually being in the water and diving on the reef! Even marine life is captured in the videos that will be made available on YouTube, Google Earth, and Google Maps.  Visitors will be able to select any location on the reef and immerse themselves in a 360º view of the sea in that location.  They estimate that up to 50,000 panoramas will be accessible when they’re completed. There’s currently a sample panorama for viewing on the site at http://www.catlinseaviewsurvey.com

Dive to the Challenger Deep
This is an exciting, new experience that you’ll really want to turn your students on to because they can witness history being made!  Hollywood director, James Cameron, recently made a special expedition to dive to the very bottom of the deepest known place in the ocean – the Challenger Deep.  More humans have walked on the moon than have been down to the very bottom of the sea.  The last time any human ‘drove’ a submersible to the crushing depths was in 1960 and no one’s been back since.  Visitors can follow along with the team and the progress they are making with experimental test dives using a specially-designed submersible. (http://deepseachallenge.com/)

Virtual Tour of the International Space Station
NASA has captured panoramic photos of the interior of the International Space Station and posted them online with an interactive viewer that allows visitors to experience what it’s like to be inside the station, even showing the view through small windows into outer space.  (http://www.the-cape.com/gallery/vtour/intro.html) There’s also a Space Station Space Walk game in 3D that’s breathtakingly detailed and can be accessed here; http://www.nasa.gov/multimedia/3d_resources/station_spacewalk_game.html