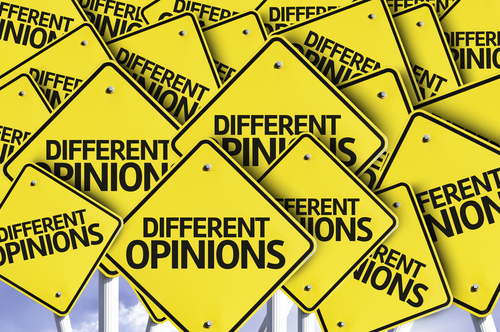 Doubtless, you’ve overheard students debating, discussing, and disagreeing passionately. Whether in the halls, at the back corner of the classroom, or on the playground, the verbal exchange is rich.
Listening carefully to the discussions, you can probably hear arguments being made, analyzed, supported, and refuted. Though the topics may be more mundane than academic, these are the very thinking strategies we need to encourage.
The question is how to leverage that energy and channel those thinking strategies toward learning. One possibility is to engage students in a Debate Through Time.
A debate is a formal discussion on a specific topic in which the debaters, or teams of debaters, take different points of view. A Debate Through Time takes place when the debaters adopt what they determine would be the point of view of high-profile individuals who lived at different times in history. The individuals may be U.S. Presidents or other important figures.
Here’s a way to make a Debate Through Time happen:

Pick a topic for the debate. The topic could stem from the local or national news, an issue students are exploring in history/social studies class, or a topic you know they feel passionate about. These links lead to websites with lots of ideas: http://www.middleschooldebate.com/topics/topicresearch.htm and http://www.buzzle.com/articles/debate-topics-for-middle-school.html. For purposes of this post, let’s say the topic for your debate concerns the sale of junk food in schools.

Express the topic as a resolution. A resolution is a statement of opinion. Here are some examples of resolutions that concern school issues:

Discuss the resolution with students. Guide them to develop shared definitions and interpretations of key words. The process may require more analysis and discussion than you might guess. For example, a key word to discuss in the example resolution might be junk food. Beyond the obvious candy bars and chips, what foods qualify as junk foods—Ultra sweet fruit drinks? Raisons? High-sugar, high-calorie bars? Sale is another word that might need exploration. Can junk food be given away instead of being sold? Or, should sale be interpreted more broadly to mean “provide by any means”? And what is meant by schools—public schools? Charter schools? Private schools? Religious schools? All schools?
To prepare for the discussion, think deeply about all the possible ways to interpret the statement and the words it contains. Explore the terms with your students one at a time. Emphasize that for the purpose of the debate, everyone must agree on the interpretation. Before moving on, be sure everyone writes down the resolution and the definitions and interpretations of key terms.

Divide students into teams of three or four. Assign or have each group pick an important person to represent in the debate. The person could be a past or modern-day President or other notable figure.
Since the sample resolution involves Federal control over schools, you might have some teams represent “big government” presidents more likely to believe this is a Federal matter, and some teams represent “small government” presidents who would want to leave the issue up to the states.
An alternative for younger students is to allow teams to represent their own position instead of the position they believe an historic figure might take.

Have the teams construct an argument. Students should use the results of their research plus their own ideas to build an argument that supports their position. The structure of the argument is similar to the structure of an opinion essay. Teams should state their position clearly, identify specific points that support the position, and note evidence that illustrates or expands on each point. Writing an outline is a useful way for students to keep their thoughts organized.

Feedback. Demonstrate how to offer constructive feedback by beginning with positive comments, and using positive language to phrase suggestions about content and delivery. Then elicit feedback from students.

Debating is rigorous, no doubt about that. It requires research, thinking, organizing, arguing, and speaking. But don’t let that stop you. Students will improve, and as they do so, they will be gaining competencies and skills they’ll use for a lifetime.