Games and Activities on Ancient Egypt

Have students try these activities to expand their knowledge and interest in Ancient Egypt. 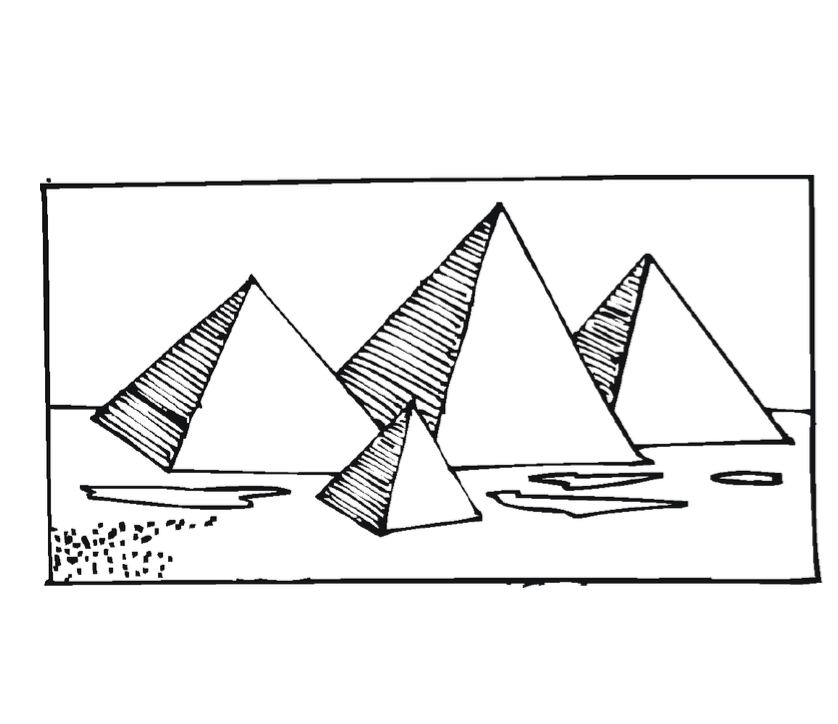 Math, History
In the time line that runs throughout this unit, students learn about Egyptian events from 4500 B.C. to 31 B.C. Have students make up math problems using the dates in the time line. For example: How many years are there between when the first semi-permanent villages appeared in Egypt and when the Assyrians conquered Egypt? How many years ago did Alexander the Great conquer Egypt? Then, draw students’ attention to a few dates on the time line that do not directly deal with Egypt, such as the year the first Olympic Games were held in Greece in 776 B.C. Ask students to locate these places on a world map. Then students can do some research about other events that occurred in world history from 4500 B.C. to 31 B.C. They can add these events to the time line by writing the events and dates on sticky notes and sticking them on the approximate places along the time line in the issue.

Language Arts
Have students write a short story in which a mummy is one of the characters. The story can take place in the present, or it can take place in ancient Egypt. Students can decide to tell the story in the first person, from the mummy’s point of view, or with an omniscient narrator.

Geography, Math
The Nile River is the longest river in the world. Have students do some research and find the next four longest rivers in the world. Create a chart on the board with the names of the rivers along the side. Along the top, write questions that students have about the rivers, such as “In what country or state does the river begin?” “What is the end point of the river?” and “How long is the river?” Ask students questions that require them to use the chart, such as “How much longer is the Nile River than the Amazon River?”