Have students try these activities to expand their knowledge of and interest in Geography. 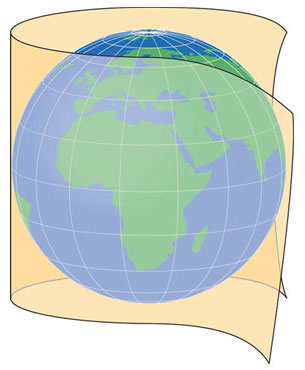 When it’s 10:00 a.m. in Paris, what time is it in New York? Have students compile an illustrated time atlas. Have them first compile a list of world cities with at least two cities on each continent. They can draw or find pictures of each city and identify the time it would be in that city when it is 10:00 a.m. in Paris. Ask several students to draw a world map and locate all of the cities in the list on the map. They can compile their pages into a World Time Atlas.

Jamestown was the first successful English settlement in what is now the United States. Have students research information about the Jamestown settlement and make a model of the settlement. Ask them to include the fencing and the buildings. Provide a variety of art materials, such as plastic foam, papier-mâché, craft sticks, boxes, tubes, and cardboard, for students to use. Students might enhance the settlement by using art materials to produce natural scenery such as the river, trees and other vegetation, and animals.

The United States and its geography are celebrated in many songs and musical pieces. Provide opportunities for students to take a musical tour of the country. Students can listen to recordings of songs such as “This Land Is Your Land,” “America the Beautiful,” “Home on the Range,” and “Oklahoma.”

The Grand Canyon National Park is in Arizona. It is just one of the many national parks throughout the United States. Suggest that students create flyers advertising the parks and their natural features. Organize students into small groups. Have the groups choose a national park, visit the National Park Service’s site at nps.gov, and then study the information provided about the park. They can use their information to prepare their flyers.