The History of Bathing 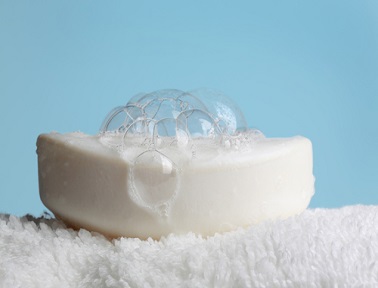 Kids are notorious for resisting the dreaded bath. In a child’s mind, a bath often equates to “the fun is over.” That’s a strong memory for me as I grew up in Alabama for much of my early childhood. We got to play outside all day, in the dirt, until dinner (which was the noontime meal); then we ate, bathed, put on clean clothes, took a nap, and did boring stuff for the rest of the day. Argggh! I dreaded bath time.

But this was how the society in which I lived operated and us kids had to comply with the rules. If you explore the subject and history of bathing with your students, you might invoke some lively conversation about how bathing is viewed in their families. For instance: Bath or shower? How often? Morning or evening? Who gets to go first? In many societies throughout history, dad bathed first. And hopefully there was hot water left for the daughter-in-law, who was of course, last in line. It was all about hierarchy, and still applies to the bathroom rules in many families!

As you may glean from the discussion, bathing is a fascinating exploration of our culture. By around 300 AD, Romans had incredible technology in place when it came to bathing. Taking advantage of the geothermal energy from hot springs, they constructed gigantic heated buildings that were fueled by aqueducts, creating elaborate structures devoted to bathing. These awesome innovators employed some amazing means to heat buildings and transport water that nobody else had ever tried, and it was just to take a bath.

Amazingly enough, 1,000 years later, being clean was not such a priority in the “civilized” world. In fact it has only been the last 100 years or so that people in the U.S. started bathing more than once a week, if that much. I read, but can’t verify, that the reason so many marriages took place in June was that most people had their yearly bath in May. That meant they were still reasonably clean when June arrived.

Here are just a few subjects to get your students motivated to learn more about bathing:

Bathing Will Kill You: In the 14th century, it was said that the Black Death, aka the Plague, spread because people opened their pores by bathing. A good solid layer of grime could keep bad stuff from getting into the body. Since about one out of every three Europeans was coming down with the Plague (and dying), a lot of people bought the idea and stopped bathing. And the trend apparently lasted for about five more centuries. In fact, some people believed that the dirt on their clothing meant that the dirt was being drawn out and therefore their clothes were cleansing them. Just slap them on a rock and they were good to go!

Perfume: While we assume that people wear a scent to disguise and/or enhance their own odor, perfume was originally intended to keep people from having to smell the stench of others, not to mention that indoor plumbing was almost unheard of so the streets were spilling over with sewage. A great word for your students to look up: Nosegay.

Soap: Soap would be great research for a science class. It was originally made of animal fat, and later someone got the bright idea to add lye, which apparently stripped off dirt pretty well, along with skin. Lye is in concrete and the main reason folks who mess with concrete wear protective clothing. Meanwhile, the Egyptians had the best recipes for soap that were mild for bodies. What did they invent? What’s in the soap we use today?

Water isn’t Everywhere: One reason people didn’t bathe much in the old days was that it required water, something that was not always easy to come by. Rich people had more access to a hot bath than the peasants, so bathing was somewhat of a rich guy’s luxury. In many parts of the world, it still is. The students can launch into a study of the world’s water crisis and think about how people waste a precious commodity just to take a bath.

Bathing in the 21st Century: These days in the U.S., houses we build often have more bathrooms than they have bedrooms. It is a sign of affluence if you have a bunch of bathrooms, making bathing more of a luxury than a necessity! What does that say about modern American culture compared to say, 100 years ago?

Group bathing is popular in many parts of the world. For instance, in Turkey, they have hamams. This is where people not only bathe, they relax and socialize. Women celebrate weddings and births at a hamam. In Japan, a sento or onsen is sacred ground that is part of friendship and family bonds. While most Japanese houses now have their own bathrooms, onsens are still popular places to go. Finnish people use a sauna to heal and cleanse the body and usually share the space with a group.

How do other modern cultures deal with cleansing the body? Is it a sign of affluence, or does everyone have the same opportunity to bathe in other parts of the world? Is it a private affair, or a tub party?

Washing Hands: Here’s a great chance to bring up a tired old subject to wrap up the subject of bathing. After all the fun and often disgusting bath research, take the opportunity to point out how washing hands or not washing hands has contributed to the spread of disease. Here are a few sites that have some inspiration for lesson plans about hand washing:

Why is Hand Washing Important? 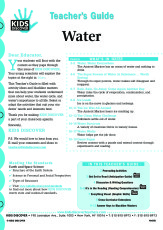 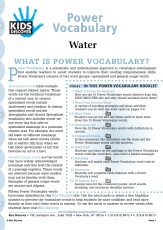