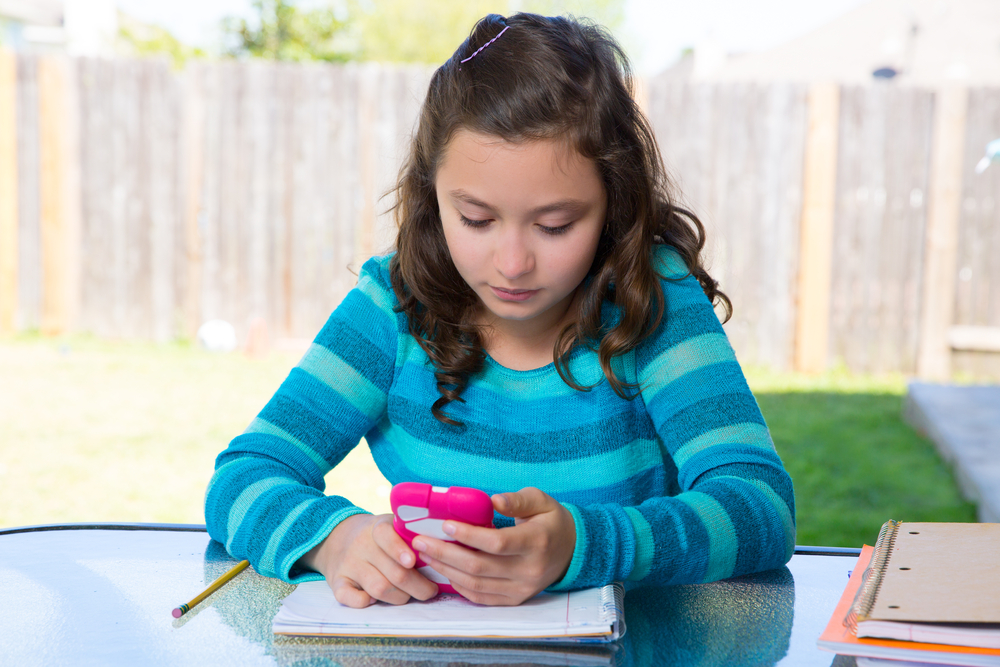 Like millennials pined for computers at home and baby boomers craved their own phone lines, many kids today are itching for smartphones or tablets, along with the social connections these devices give them. Facebook, YouTube, Twitter, SnapChat, Vine, and other social media channels are where adolescents are hanging out these days, and it’s only natural that younger children are sometimes anxious to explore this world, too. But while social media is a part of daily life for the majority of Americans, when to introduce kids to these services is a tricky question.

Social media does offer educational benefits, and many classrooms take advantage of certain channels for communication and research. A few weeks ago our guest blogger Dr. Kimberly Greene mentioned how useful an online discussion thread can be in promoting class communication outside of the actual the classroom. Platforms like Twitter or Facebook can offer a space for kids to pose and answer questions and keep a record of conversations. She also described how important it is to let students figure out their own research methods early in life, so they’ll have the time to develop these skills for today’s job market.

On the other hand, online privacy and security is a major issue and even social media platforms as gargantuan as Facebook haven’t figured out a way to officially welcome children below the age of 13. A recent Intel Security survey of 1,000 American families showed that the primary concern for parents is that kids will encounter dangerous strangers online, and 86% of parents monitor their children’s activity online. And actress Kate Winslet recently caused a buzz after she voiced her distaste for letting her kids get online, saying addiction to devices is “a little scary.” She has a point, especially since there isn’t conclusive research to how social media affects the self esteem or development of young brains.

Interested in how parents and teachers in our community approach social media, we posted an informal Facebook survey asking if and how they allowed their kids access. In general, a few parents said their kids weren’t allowed or weren’t interested. One parent argued that there are enough resources online to enjoy that don’t involve social media. Another said they don’t think children children have the maturity to post statements online that can’t be taken back.

The majority of responses did allow some social use, however, and it seems they all tried to consistently monitor children’s accounts in different ways. Their responses revealed a few helpful tips:

For additional advice, the organization Common Sense Media is a helpful resource for tips on how to talk to kids about living online. Their recently promoted #HaveTheTalk campaign raised awareness about teaching responsible digital citizenship at all ages. And this Edutopia article about the topic is helpful, too, when it comes to teaching younger children about online safety. It’s never too early to think about how your children or students should explore the internet, whether or not they’ve started interacting with the social side of media.