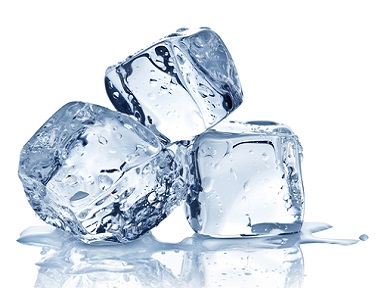 I really should have written this post in August. But as much as we hate scraping it off our windows on a frigid morning or walking gingerly across a slippery parking lot, the science of ice is fascinating stuff.

For example, did you know that ice has 15 different crystal forms? Or that there really is no such thing as making something colder? I’m getting ahead of myself though; let’s start at the beginning.

Temperature is a measure of the speed (or energy) of the atoms in a given substance. More formally, “temperature is a measure of the average amount of kinetic energy possessed by the particles of an object.” Atoms are always in motion. The faster they move the more energy they contain. If a substance with fast-moving atoms (like a hand in the experiment below) meets a substance with slower atoms (the ice cube below), the energy from the fast-moving atoms wants to move into the substance with slower moving atoms. When the two substances are at the same temperature, scientists call this “thermal equilibrium.”

Give each student an ice cube and a couple paper towels. Have them hold the ice in their hand and observe what happens. Record their observations on the board. When you’ve exhausted the (useful) observations, collect the ice cubes in the plastic tub.

If you apply heat, the molecules absorb the energy from the heat source and become increasingly energetic. At around 212°F, the bonds between the hydrogen atoms of the water molecules break and the molecules escape into the air as water vapor.

On the other end of the scale, slow the molecules down to about 32°F and the hydrogen atoms lock together in a pattern that forms a crystal. These crystals take up more space than the free-flowing molecules of liquid water, which is why ice is less dense than water and can float.

You can have a little fun with the crystallization process of water. As we mentioned, unhindered, water forms a solid at around 32°F. However, if another substance is mixed with the water, creating a solution, the atoms of that substance can interfere with the ability of the hydrogen atoms to form solid bonds. This will change the temperature at which the water freezes.

As with many natural processes, ice forming is actually more complicated than this simple experiment encompasses (see The Freezing Process below). That said, this experiment does do a nice job of demonstrating how other substances can interfere with water’s ability to form a solid. I recommend trying the activity a second time (or simultaneously) with the sugar. The sugar water forms much different crystals. 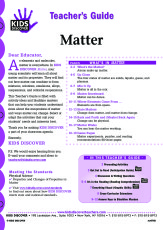 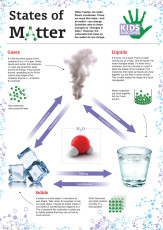 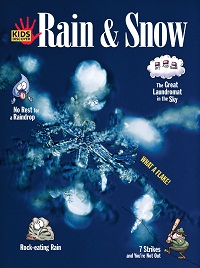