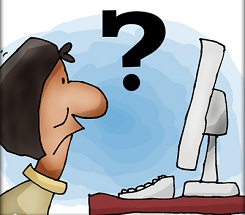 “I’ll be the hero of my own life, or if the station are from someone else, these pages show.”

If the previous sentence appears somewhat familiar (I’m looking at you, English teachers) and a little wonky at the same time, do not despair. It is actually the opening line from Charles Dickens’ David Copperfield, the original being “Whether I shall turn out to be the hero of my own life, or whether that station will be held by anybody else, these pages must show.”

So what happened? Aside from the obvious grammatical errors, as well as my attempt to totally usurp a classic literary work, not a whole lot has changed. The initial passage of Mr. Dickens’ work has simply undergone a process that I refer to as Translation Toast, the name coming from taking a familiar phrase or passage, shoving it into the ‘toaster,’ and enjoying what pops up. Here’s how it works:

I’m going to assume that you have access to a computer in your classroom, because this is, like, a blog after all. Ask your students to find an opening sentence or phrase to a well-known book, or even a few lines from a famous poem. (I’ve played around with a few lines from Lewis Carroll’s Jabberwocky to great effect.) Then search out a good online translation service. I like to use Google’s Translate, simply for all the options it offers (many languages and dialects, and it automatically senses the language of origin). Plug in the phrase, and start toasting it.

The opening line from David Copperfield was translated from English to Polish (copy the translation and paste it into the language of origin text box), Polish to Spanish, Spanish to French, French to German, and from German back into English. There are almost an infinite numbers of ways to go about this, and you’ll find that your final solution will rarely match the original, and will always come out differently, depending on how many times you translate and through which language. Done enough times, the result will be unintelligible from the original. (I like to call this Burnt Toast.)

Have a contest among your students to see who can come up with the the most heinous translation of an agreed-upon phrase (be sure to have them note how many languages they’ve passed through and which ones.) If you want to kick it up a notch, have the kids each take a different phrase, run it through the ‘toaster,’ then have them compare each other’s solutions and guess which phrase belongs to which translation.

You can also play Translation Toast with everyday written sentences. If you do, try to include some proper names like Brittany, Jared, Mandible (that’s a good name for a goldfish), or Lance Armstrong (a proper moniker for a hamster that, say, spends a lot of time on the wheel) for even more fun.

This exercise points out not only the differences in the languages around the world, but also sheds some light on the ability of the Internet to quickly (though not always accurately) translate. And though you’ll find a wide variety of languages that most translation websites deal with, they pale in comparison to the roughly 3,000 to 6,000 languages spoken in the world today. But I’ve said enough…