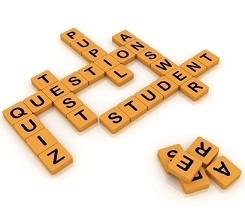 I love words. Which is a good thing since I spend so much time pouring them into my laptop, taking them out, and rearranging them.

Most words are merely serviceable. They help you move a thought from the conceptual soup of the mind to the more ordered binary world of 1s and 0s, or letters and spaces. Every once in a while, though, you come across a word that sings. Perhaps it’s the magical sounds in a word like prestidigitator that remind you of a trumpet’s do-do-do-do, or the fact that a word’s meaning is so wonderfully mundane, like gamp for umbrella. Or that a single word can capture a whole paragraph of meaning, like duopsony, a word that describes a situation in which two buyers create the only demand for a particular product or service such as a town with only two restaurants, and thus only two places chefs and waiters could work. Imagine the control over wages and working conditions those two restaurants have!

My goal here is not to impress you with my huge vocabulary (of the three words in the previous paragraph, only one is part of my active-speak), but to introduce some ideas related to words —  yours and your students’.

Over the course of my century-long career, I’ve taught graduate and undergraduate courses in elementary science education. There were mealworms, raisins in seltzer, overfull cups of water, and (if you read my last entry) bowls of hot “porridge.” There was also lots of language. We discussed. We explained. We described. We compared.

Throughout these interactions, I used science terms as part of my everyday speak.  We didn’t look at something; we observed it. We didn’t figure things out; we inferred them. We didn’t write down what happened, we recorded our findings. There was no fanfare with these words, no definitions on the board, no telling looks or intonations. Just discourse.

Here’s what I noticed: Little by little, my students began to use these words in their own speech. Without a moment of direct instruction from me — only exposure to my language — their own vocabulary was changing and growing.

Pay attention to your own use of language as you interact with your students. What kind of model are you providing?

Corollary to Idea:  A word can matter.

Once you start paying close attention to the language you use, you can maximize the power of modeling in a wonderfully covert way.

Pick a word — a cool word, an unusual word, a word that’s fun to pronounce, a word with a great meaning, a word your students probably won’t know. Start using the word in the natural flow of your interactions with students. No raised eyebrows… no dramatic intonations….. no telling pauses before and after. Just use the word in an appropriate context.

Suppose you pick preantepenultimate (pre-ante-pen-ultimate), a delightful word that means “fourth from the last.” Over the course of several days you’ll find lots of ways to use it.

During English: The subject of the sentence is the preantepenultimate word.

What did the author mean by, “Let’s go!” in the preantepenultimate paragraph on this page?

During Math:     Please turn to the preantepenultimate problem on page 129.

During Science: What is the preantepenultimate step in this experiment?

During History:  Which was the preantepenultimate State to join the Union?

Surely, the word will draw your students’ attention. They might even ask what it means. Go for it! Pause. Teach. Have some fun. Keep using it. Before long, you’ll start hearing it in the halls, on the school grounds, and around the corner.

Finding the right word is half the fun. Any dictionary or thesaurus will do. But for free, you can sign up for Wordsmith (http://wordsmith.org/awad/subscribe.html) and receive an email with a new word every day, including its meaning, its pronunciation, its derivation, and its usage.

Words do matter. And that’s the last word on the matter.